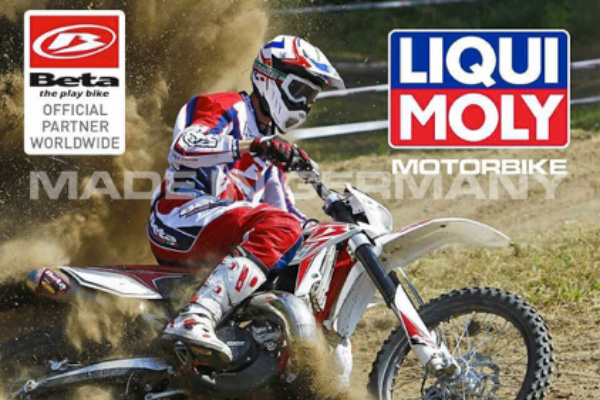 Beta Motorcycles Australia has announced a partnership with Liqui Moly to provide factory approved lubricants for Beta‰Ûªs range of Enduro and Trials motorcycles in Australia.

Beta Motorcycles Australia stated that Liqui Moly will be the oil of choice for Beta Australia‰Ûªs racing activities, demo fleet and will be recommended for use by customers to ensure the highest level of protection.

This follows in alignment with Beta‰Ûªs official worldwide partnership with the German lubricant specialist.

Australian Beta importer, Patrick Lowry said, ‰ÛÏWe are excited to reach this agreement with Liqui Moly in Australia. The fact that it is used as the official oil by the factory for production and racing activity makes it a sensible choice for us moving forward‰Û