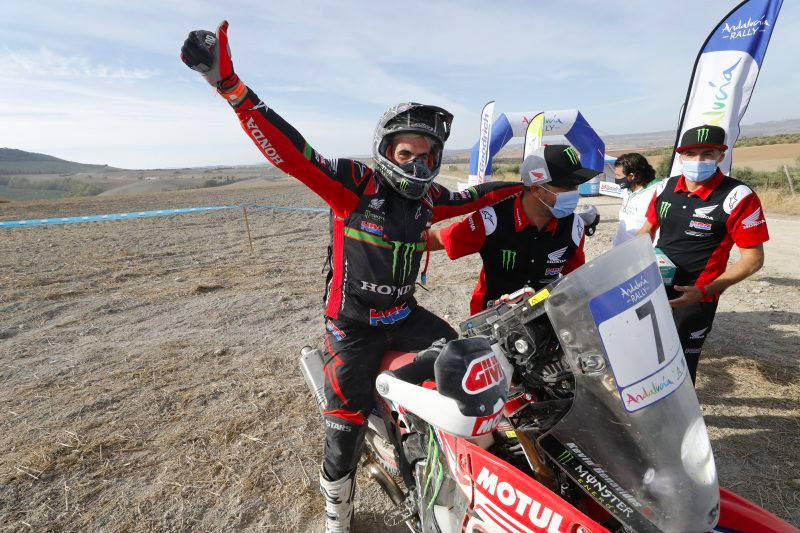 The final stage of the Andalucia Rally kept up the same level of intrigue and combativeness that the race had maintained throughout the week, particularly on Saturday‰Ûªs 210-kilometre stage, where Kevin Benavides took the final finish-line and the overall victory in the race.

Benavides, who held the field in check in today‰Ûªs stage, conceding just 2‰Ûª48‰Û 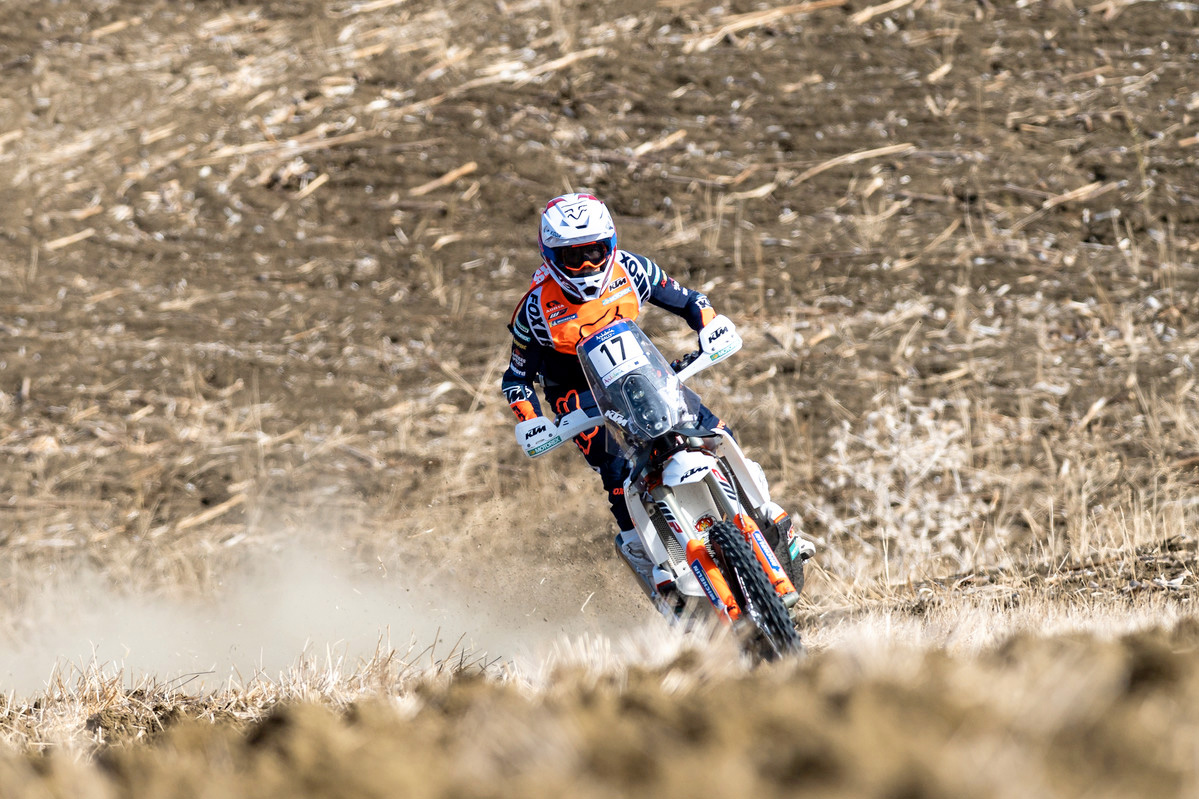 Sanders has shown he is more than capable of delivering accurate navigation and the speed required to mix it with the top rally racers. Just weeks after commencing his road book training, the likeable Aussie has claimed an international rally stage win - an impressive achievement for any rider. In successfully completing the Andalucia Rally ‰ÛÒ securing 11th place overall ‰ÛÒ Sanders qualifies for the Dakar Rally in January. His training will now continue over the months leading up to the iconic event.

‰ÛÏI really enjoyed today, being more familiar with the navigation, I was able to focus more and start to push," Sanders said. "I made a few little mistakes, but all through the day there was nothing in it, so I kept my head down and found a nice flow. Honestly, I thought I would place around the top-five mark, so to come away with the stage win feels great. I wasn‰Ûªt aiming for the win, and definitely didn‰Ûªt want to try anything stupid, but to go fastest with most of the top guys here is really encouraging. The whole team has worked really hard to fast-track my rally skills, but it looks like it‰Ûªs paying off and I can‰Ûªt thank them enough.‰Û 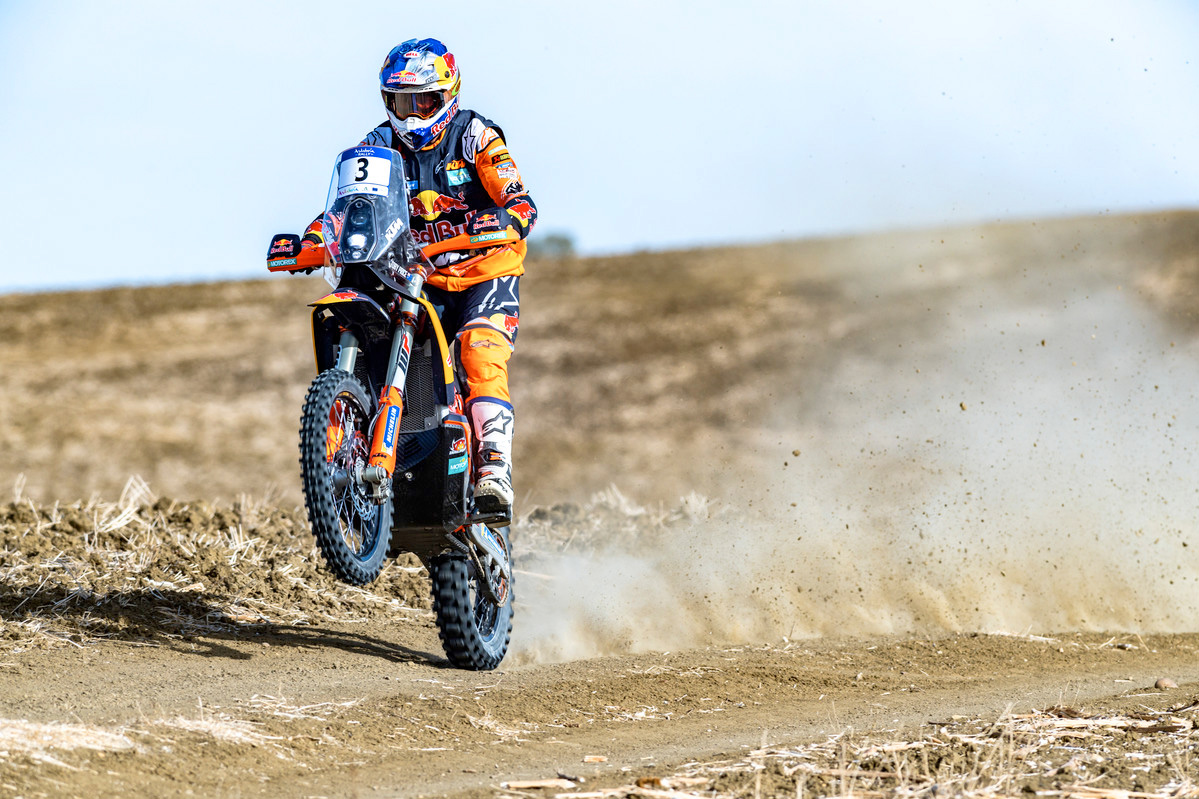 Toby Price. Photo: Rally Zone
Claiming a provisional fourth overall at the close of racing is perhaps not the result that Toby Price wanted going into the Spanish event. Nevertheless, always one to ride intelligently, the two-time Dakar Champion was pleased with his race pace and navigation. Now, having used the Andalucia Rally to regain his focus and test various new components on his KTM 450 RALLY, Toby looks ahead to Dakar and is confident of a strong result.

‰ÛÏToday wasn‰Ûªt too tricky, we followed a lot of the tracks we‰Ûªd been over earlier in the rally and so navigation wasn‰Ûªt too much of an issue," Price explained. "I feel good in myself and on the bike and so I was able to push a little harder today. Finishing fourth and missing out on the podium is always a little disappointing, but we‰Ûªre fit and healthy with no issues and that is always the main goal. We‰Ûªve learned a lot and have been able to test a few things so I‰Ûªm really looking forward to Dakar now.‰Û 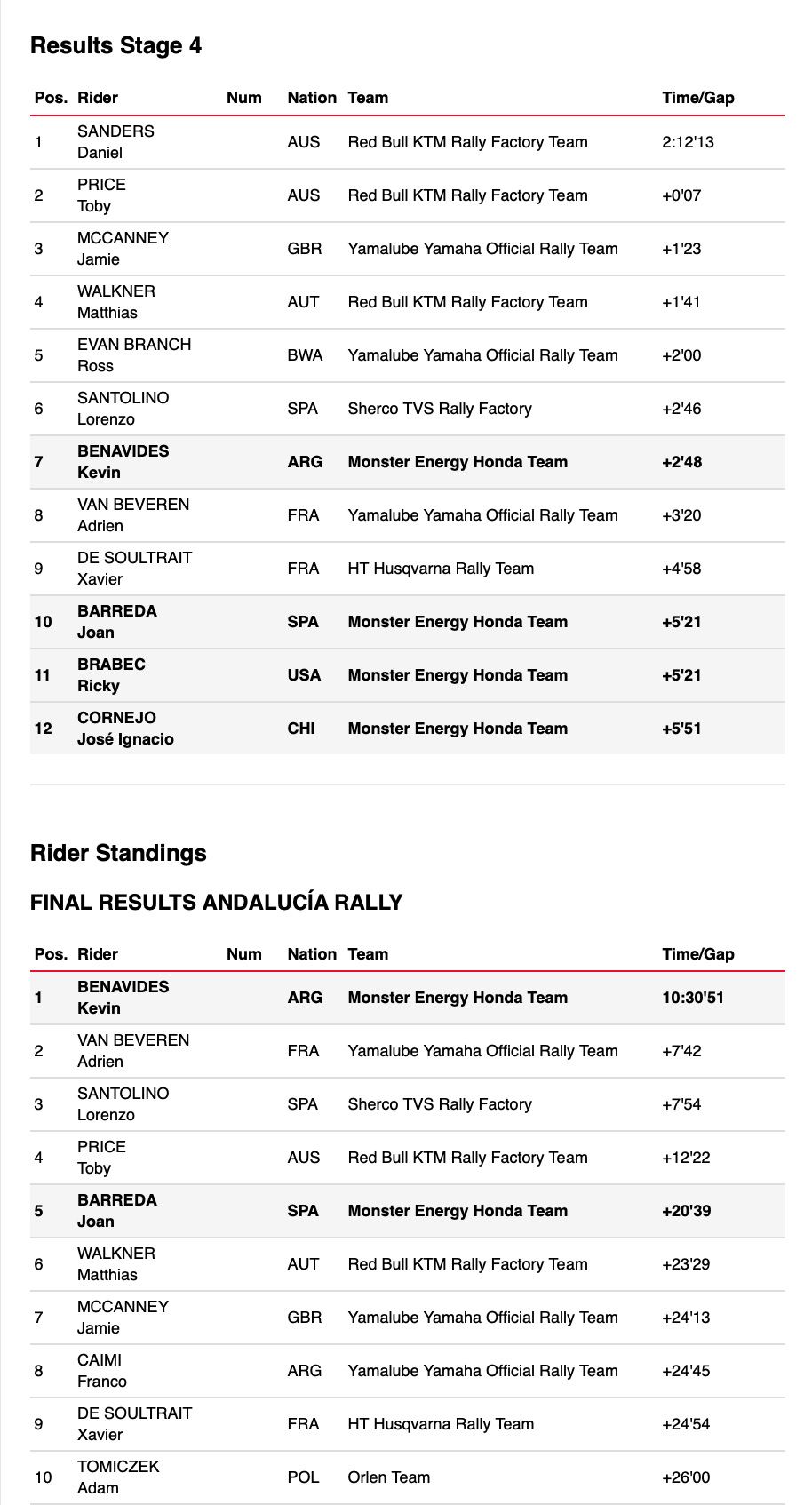