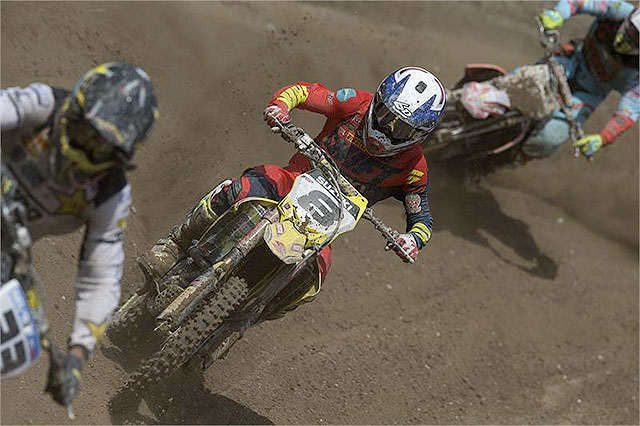 High temperatures graced the Fullback Grand Prix of Lombardia and the 12th round of 2016 MXGP as Team Suzuki World MXGP‰Ûªs Ben Townley lamented a hard day and zero fortune in the Italian sand.

Some 27,000 spectators applied sun-block and filtered into the compact venue a short distance from the city centre but there was little summer fun for Townley who could not finish either moto.

Jumpy and bumpy the terrain at the popular venue for winter tests (almost considered an ‰Û÷all-weather‰Ûª circuit for its usability throughout the year and sandy nature with a hard base) rippled into a juddery course by the end of the race programme that once more featured a heavy European Championship support-card. Townley was competing at the Nuvolari layout for the first time since the 2005 Starcross International; a well-established pre-season meeting that often draws many Grand Prix riders.

The New Zealander showed good speed on Saturday to recover from a first corner crash - where he was nudged to the ground - to fire back to 12th position in the Qualification Heat. The tight opening left-turn leads into an even narrower right-hander making the first seconds of the motos at Mantova a crucial phase of the Grand Prix.

Townley unfortunately crashed in the same way on the first corner in the first dash of 30 minutes and two laps after contact with a rival. The incident kicked-off another charge that sadly came to an end with a second fall after failing to avoid a downed rider and his retirement in the formative stages with a sore knee. His second race was ruined on the second lap when he clipped Evgeny Bobryshev who had made a mistake ahead of him and again he had to retrieve his motorcycle and was again out of the running.

Townley has dropped from 15th to 16th in the standings in a frustrating return to the top level so far.

‰ÛÏI‰Ûªm almost without words for Ben because his luck has been unbelievable," Team Principal Stefan Everts lamented. "He was saying after Warm-up this morning how good he was feeling and then to have both motos go the way they did was so disappointing for him and for us because the whole team pushes very hard and does a good job. He is pretty down about today but we have some time to reflect on this and the next Grand Prix will be another challenge.‰Û 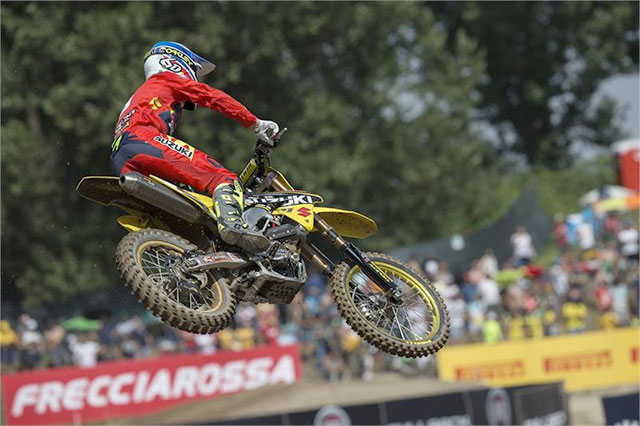