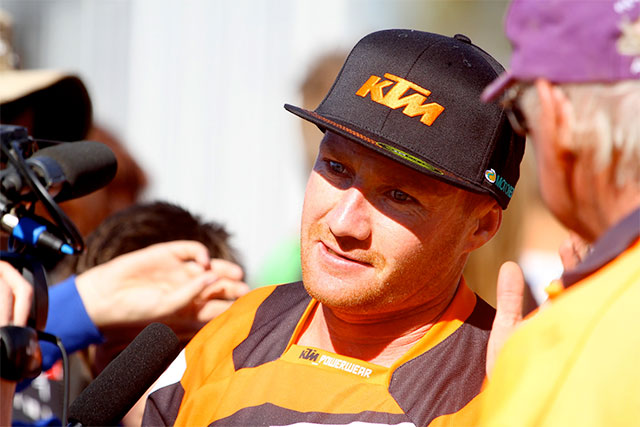 KTM Australia has extend its sincere thanks for a long and fruitful association to racing legend and current KTM Enduro Racing Team and Desert Racing Team Manager, Ben Grabham, who will stand down from the role to pursue other challenges at the end of this week.

One of Australia‰Ûªs most decorated off-road racers, Grabham joined with KTM in 2009 at the height of his desert racing powers, and when he took KTM 505 XC-F to victory that June, he began a period of KTM domination only punctuated once in eight years.

He himself took the title two times on a KTM, in addition to numerous victories across Hattah, Desert Tri-Series, Forest Rally and Gascoyne Rally.

The Bathurst resident finished an impressive 15th on debut in the 2013 Dakar Rally, just eight months after a breaking his back in a 150kph altercation with a mob of kangaroos at the Condo 750 race in April 2012.

Grabham took over as KTM's Desert Racing Team Manager in 2014, before carrying the reins of the complete Off-Road Squad in 2015 and 2016.

His experience, organisational diligence and talent-spotting and nurturing ability ‰ÛÒ as well as the abundant skill with the throttle of those in his charge ‰ÛÒ has combined for an incredible period of domination for KTM, culminating in a 1-2 AORC finish for Daniel Sanders and Tye Simmonds. 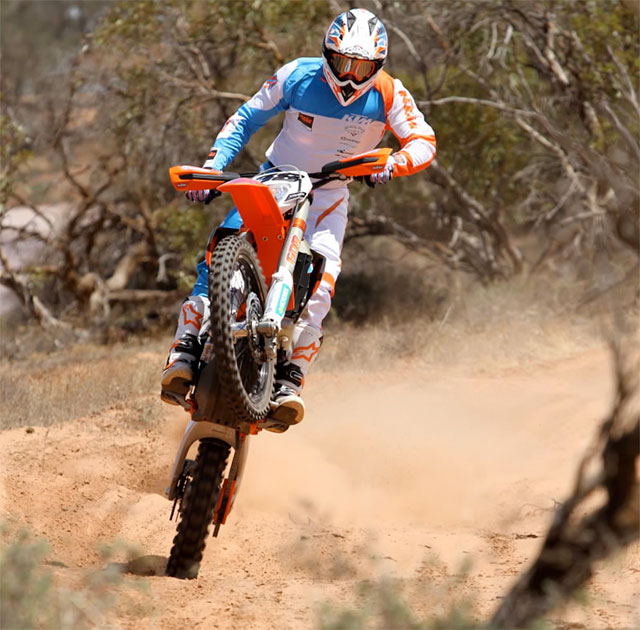 Ben Grabham in action
KTM Australia thanked Ben Grabham very much for a tremendous association and contribution, and wishes all the best in his future endeavours.

Jeff Leisk ‰ÛÒ KTM General Manager, said, ‰ÛÏBen's done an outstanding job and achieved an incredible number of results in the time that has been with us, both as a rider and as a Team Manager. We want to thank him very very much. He succeeded at both absolutely.

"Ben has always been an open book with his knowledge and information in terms of trying to develop the next riders along, and I think that was his hallmark and what helped us to build such a strong effort Toby and Daniel would thank Ben for some of their successes no doubt.

He was definitely a good talent scout, he could see the potential in a rider and then do something with it, and his preparation was second to none with his racing. He put a lot of time into the riders and making sure that they were completely at home on their bikes. But at the same time, he also made sure they had enough preparation before going in to battle. We are sad to see him go, but we wish him the best.‰Û