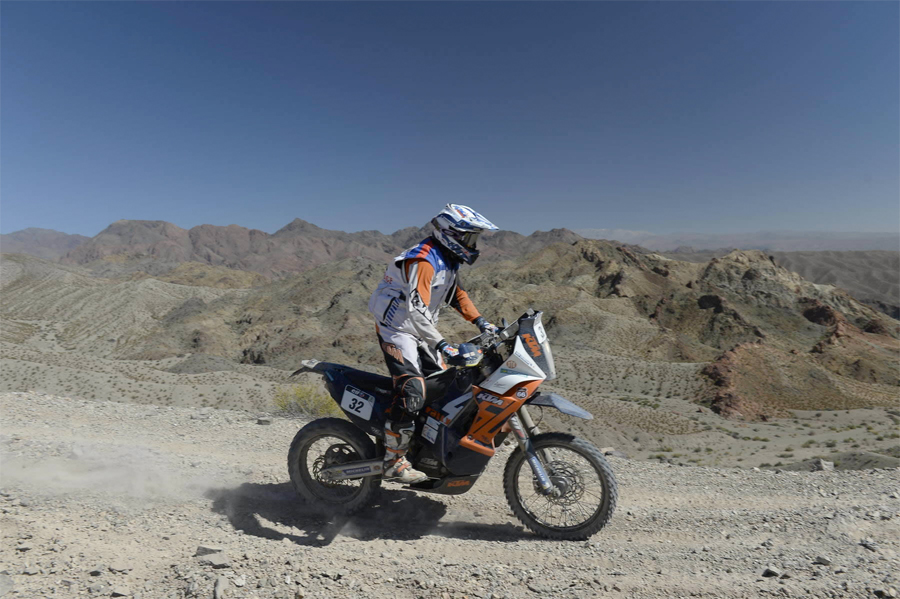 KTM Australia‰Ûªs Ben Grabham is out of the Dakar Rally after crashing in the fourth stage of the event between San Juan and Chilecito.

The 32-year-old winner of at least 30 Australian titles in various forms of off-road motorcycling encountered a drop-off in thick dust and fell heavily, before being taken to hospital for examination in Argentina where he was subsequently released.

General Manager of KTM Australia Jeff Leisk said the fall was most likely a result of yesterday‰Ûªs misfortune, in which Grabham ‰ÛÒ while running third in the stage - was one of four riders to follow a lead competitor down a wrong turn and got badly stuck on a steep mountainside.

The difficulty compounded when one rider crashed heavily, and Grabham and two others waited with the injured rider while he was airlifted to safety.

The chain of events dropped Grabham from 9th outright to 32nd place, and left him many slower riders to pass in dangerous, dusty conditions.

‰ÛÏBen‰Ûªs had to ride through a lot of dust today and found a big drop and gone over the front,‰Û