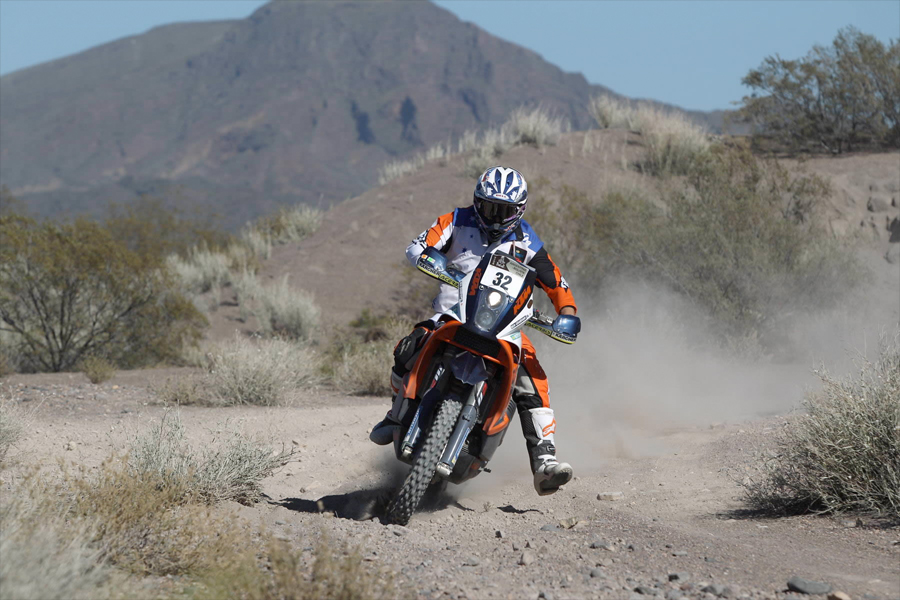 Australian KTM ace Ben Grabham has logged his best Dakar result to date on the second day of the world‰Ûªs biggest off-road event, finishing an impressive sixth in the trek from San Luis to San Rafael, Argentina in the early hours of this morning.

Today‰Ûªs competitive stage featured a super-fast opening before delivering riders to the dunes for the first time, and Brit Sam Sunderland won the day ahead of Chilean Francesco Lopez Contardo and Spanish Joan Barreda Bort, who leads the event overall.

The famous Dakar Rally is the biggest off-road racing challenge on the planet, and this year‰Ûªs 14-day epic traverses an 8,743 kilometre route through Argentina, Bolivia and Chile with a total of 5,228 kilometres of competitive stage.

Bathurst resident Grabham finished a spectacular 15th in his rookie year in 2013, and now just two stages into the 2014 epic, his KTM Australia 450 Rally already sits 9th in overall classification in readiness for tomorrow, and the start of the first Marathon Stage.

‰ÛÏDay 2 was a 724k day with a 359k special." Grabham explained. "I had a very dusty ride apart from 40 kilometres of dune section in the middle. I made a few errors in the dunes just getting stuck but other than that I had a pretty clean day finishing 6th which gives me an even better starting position tomorrow.

"The bike is going good and I‰Ûªm getting more used to it the more kilometres we do," he added.

"It‰Ûªs really hot here again today, in the 40s so it's pretty tough going but my Shotz hydration is working well. Tomorrow is the first day of the Marathon stage, that is where we have no support crew for two days and only access to what we are carrying.

"We don't even get to see the crew at night as they are camping in a location no one knows so tomorrow it‰Ûªll be important to try and save the bike and tyres to last two days.‰Û