Ben Grabham Off To Solid Start at 2014 Dakar Rally 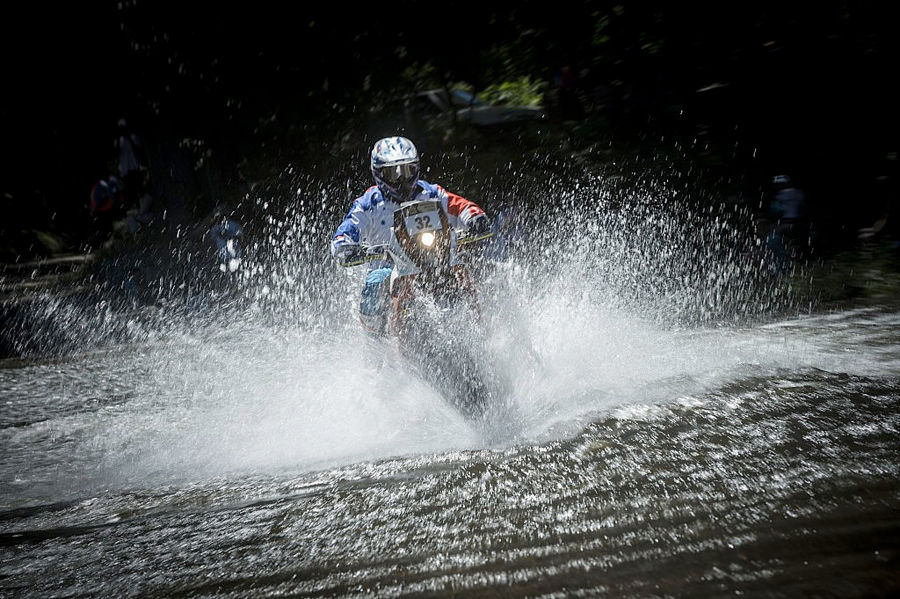 Aussie desert racing hero Ben Grabham has made a solid start to this year‰Ûªs Dakar Rally, emerging from the 809-kilometre Stage 1 as the fastest of the KTM supported riders, in 11th place in a 172-strong motorcycle field.

The Bathurst rider finished the 180-kilometre competitive stage with a time 02:30:21, four minutes and 50 seconds in arrears of Spaniard Joan Barreda Bort, who won the stage from KTM ace Marc Coma and Cyril Despres.

The 36th edition of the world‰Ûªs biggest off-road race gave competitors 405 kilometres to settle in as they departed from Rosario, Argentina towards the first special stage of 180 kilometres, following that with a further 224km connection to this evening‰Ûªs bivouac in San Luis.

Starting 32nd in the dust and slippery gravel roads of the first competitive stage, Grabham used the day to get a feel for his new factory support team KTM450 Rally and try to improve his start position for tomorrow. Both goals were achieved.

‰ÛÏJust finished day 1, it was an 809k day with a 180k special. I started off 32nd and the special was slippery mountain gravel roads ‰ÛÒ very dusty and no room for error." Grabham explained.

"I took my time in the dust and pushed a little where I could see and finished 11th. I‰Ûªm happy with this, as it gives me a better starting position tomorrow and I‰Ûªm up amongst the faster riders.

"My first ride on the dirt with the new bike was also pretty good. I‰Ûªm going to make some small suspension adjustments to better suit me but other than that it‰Ûªs very nice to ride," he concluded.

Tomorrow‰Ûªs 700+ kilometre day includes a 359-kilometre competitive stage which will take the riders back up to 2000 metres to race around Sierra Navado before their first taste of sand and dunes - sixty kilometres of them.

Top Image: KTM Australia's Ben Grabham takes a moment to cool off during Stage 1 of the 2014 Dakar Rally in Argentina.