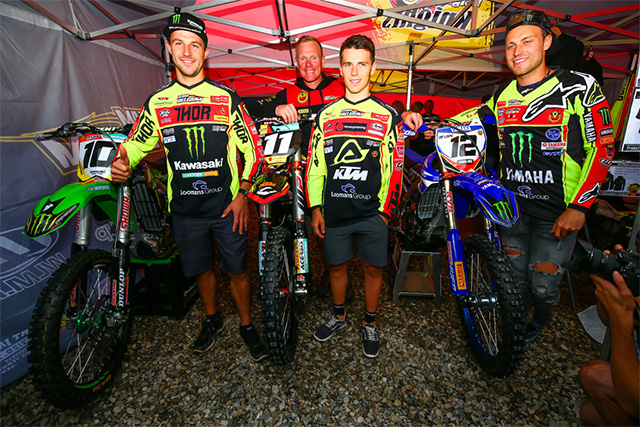 Belgium and Italy have both officially announced their 2017 Monster Energy FIM Motocross of Nations teams set to take place at Matterley Basin in the UK on the weekend of October 1st at Fiat Professional MXGP of Belgium overnight.

Joel Smets and the Belgian riders all voiced their confidence in the teams potential to win with Van Horebeek saying: ‰ÛÏI think it will be a great weekend, we all know how to ride a bike, we always have a strong team, and we are always motivated for that event. The podium is the minimum because when we go there it is to win.‰Û 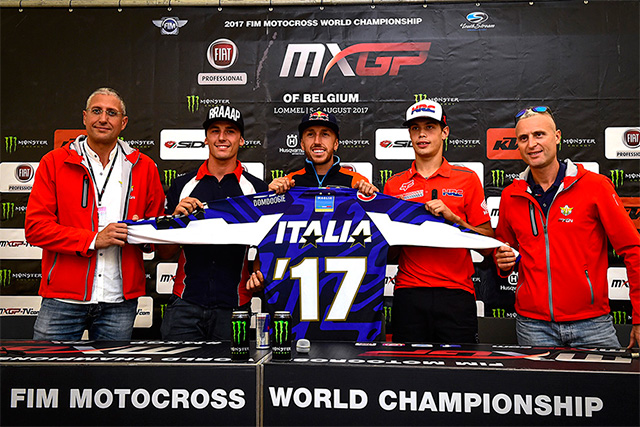 Team Italy Manager and Coach Thomas Traversini presented the Italian line up for this edition; leading the effort in the MXGP division will be Red Bull KTM Factory Racing‰Ûªs Antonio Cairoli, for the third year in a row HRC MX2‰Ûªs Michele Cervellin is part of Team Italy and he will race in MX2, rounding out the team will be Team Honda Redmoto Assomotor‰Ûªs Alessandro Lupino in the OPEN class.

All three riders, Cairoli, Cervellin and Lupino expressed their excitement and gratitude to have the opportunity to race for their country. FIM Delegate Gianluca Avenoso was on stage too to support the Team.

Antonio Cairoli shared his good memories coming from 2006 edition of Motocross of Nations taking place in Matterley Basin and last year‰Ûªs edition taking place in Maggiora and he stated: "Every year we try to do better and better with our Team. Now we have some experience and for sure we try to get on the Podium‰Û