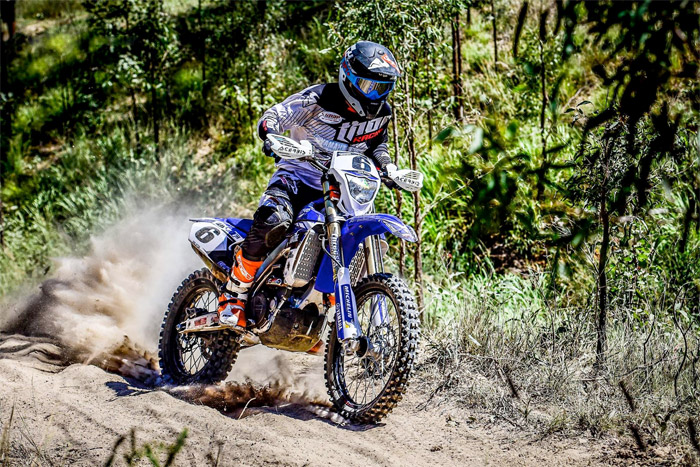 Just a few short years in the off road game and Active8 Yamaha‰Ûªs Beau Ralston has been selected to represent Yamaha in the E3 division in 2016 on the thundering, purpose built, Yamaha WR480F.

Ralston, from the Hunter Valley region in New South Wales, switched over to off road after years of racing motocross and picked up the tricks of the trade in a very short apprenticeship and will now be Yamaha‰Ûªs E3 pilot for the coming season.

Under the guidance of former national champion, AJ Roberts, Ralston has progressed quickly in the off road world and really established himself as a major player in 2015 when he won the E2 (450cc) division at the AORC and was a member of the world championship winning Australian ISDE team.

‰ÛÏThings have been going really well since I started doing the off road races and it‰Ûªs been a continuous climb since day one, but I‰Ûªm loving it,‰Û