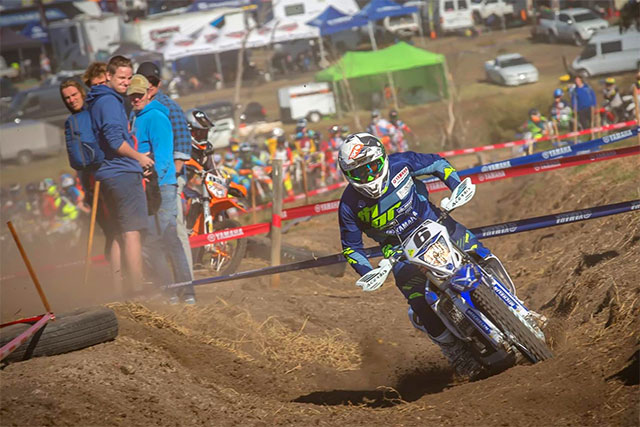 Local resident Beau Ralston will head to Monkerai in New South Wales this weekend to contest in the 2016 Yamaha Australian Off-Road Championships (AORC), alongside his Active8 Yamalube Yamaha Factory Team this August 13-14.

Rounds 7 & 8 of the Yamaha AORC, only a few short weeks back, proved rather difficult for the WR480F mounted rider as a mechanical issue from an earlier crash in the Cross Country race led Ralston to his first DNF for the season and put a severe puncture in his championship points chase.

Despite his issues last round Ralston explains what it is going to take to climb back up on to the podium and shares that he is feeling some pressure this weekend, but that he is going to do what it takes before he runs out of time.

‰ÛÏI am feeling really good leading up to this weekend, we have been doing a bit of testing over the last few weeks and have been moving forward with the bike,‰Û 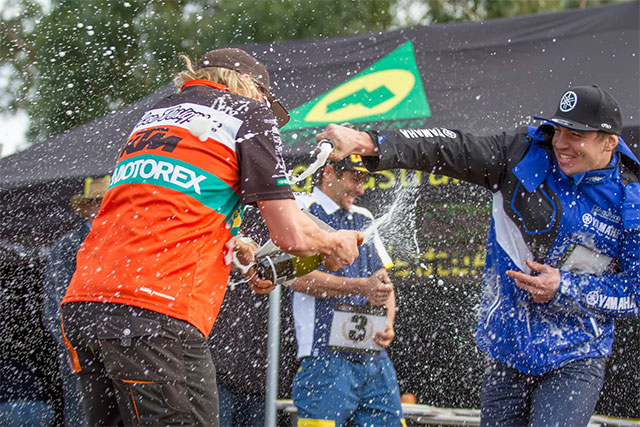 KTM Enduro Racing Team's Daniel Sanders, left Beau Ralston spraying Sanders are the last round in Hedley, VIC
With the first Cross Country Race for the season out of the way and leading in to the second go at the three-hour race, Ralston explains the difference between the focus needed at a Cross Country Race rather than competing at one off events like Finke and Hattah.

‰ÛÏI think at Finke and Hattah it feels more like you are just slogging it out and you‰Ûªre in pain most of the race. But in the AORC‰Ûªs you have to be more technical and you have to be more mentally on your game as I believe it‰Ûªs easier to get into trouble,‰Û