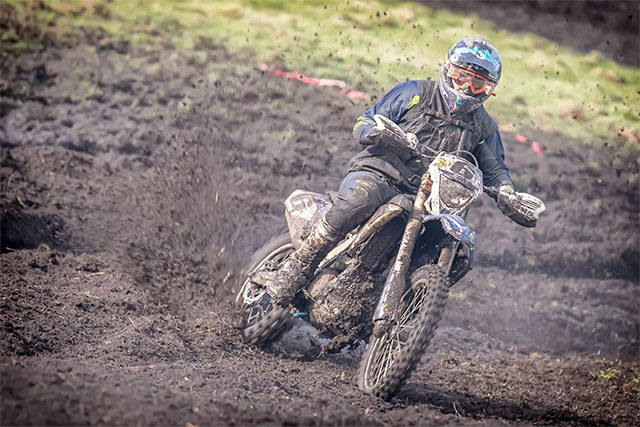 Active8 Yamalube Yamaha‰Ûªs Beau Ralston endured a challenging weekend at rounds seven and eight of the Australian Off Road Championship (AORC), held on a water logged surface at Hedley in Victoria.

It was one of the wettest events in recent memory with rain lashing the area throughout the lead up and on the weekend leaving the racing surface to be more a battle of survival and had riders and teams ducking the rain and roost all weekend.

Ralston championship hopes suffered a major setback during Saturday‰Ûªs three hour cross country event when a mechanical issue forced him to withdraw from the event. A crash on lap six damaged the radiator causing all the fluid to drain from the motor and over heat. Fortunately the Active8 Yamaha team were able to get on top of the issue and have Ralston back on the start line the following morning for the sprint leg of the weekend.

Ralston performed well in what can only be described as ugly conditions to power his WR480F to fifth outright and third in class. He was able get himself around the rain drenched lap at a good pace and run inside the top six all day. 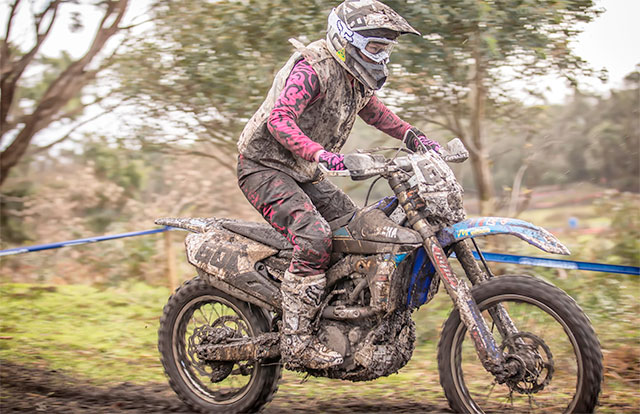 Jemma Wilson continues to lead the Women's class after round eight
Other Yamaha riders that performed well over the weekend included Riley Graham who posted fifth outright on Saturday and second in the E1 class on his YZ250FX in what was a career best result. He found Sunday a bit harder but still held down ninth outright and another podium position in class with a third.

New Zealand visitor, Callan May also raced well over the weekend and only a few falls cost him a better overall result.

Yamaha continue to dominate the Women‰Ûªs category with Jemma Wilson and Jessica Gardiner leading the way.

The next rounds of the AORC are in New South Wales on August 13-14.

Main Photo: Beau Ralston gets loose in the wet conditions at the AORC on the weekend
Credit: Mad Dog images


AORC Results After Round 8 (Unofficial)