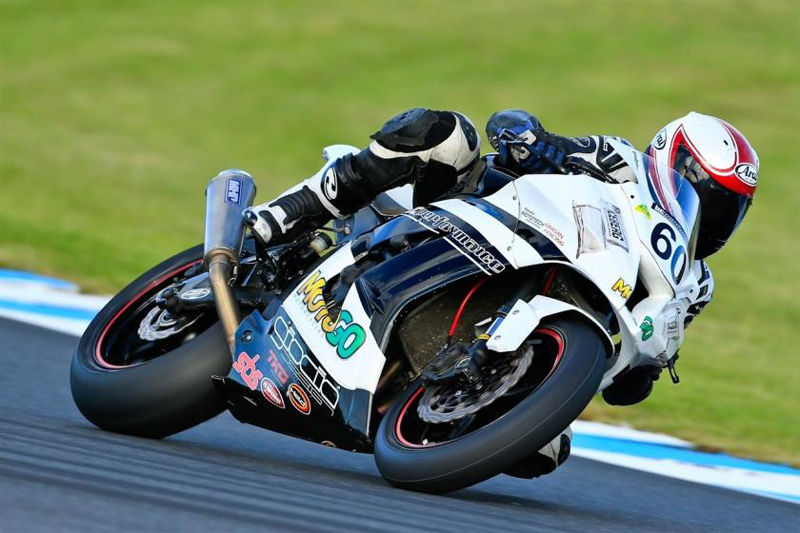 Superbike riders Ben Burke and Dan Kruger had an uphill battle from first practice when a late change of tyre brand caused setup issues which were only exaggerated by a lack of testing at the circuit prior to the event.

Burke who had been using Dunlops for the past 2 seasons on his Australian-FX spec Kawasaki ZX10R tried Pirellis for the first time on Friday morning on his Australasian-FX spec machine and worked hard with his team to find a setup to suit the fast and flowing coastal circuit.

Qualifying in 15th place in Friday‰Ûªs sole session meant a 5th row start for the youngster from Orange, who was confident on achieving decent starts and to place himself in the top 10.

The 3 races over the weekend saw a race scheduled for each day and Burke got off to a flier in each race but the knock-on effect from setup problems were to reappear and Burke pushed as hard as he could to claim 11th, 15th and 13th place finishes to claim a 10th spot overall for the round.

"Although I am disappointed with my results, we learnt a lot over the weekend about the Pirelli tyres." A positive Burke said. "I believe we have a lot more to come and will be working hard with the team as we head to the final of the ASC next month. The MotoGP event was great to be part of and I would like to thank all the sponsors that helped us get there.‰Û