BCperformance and Ben Burke steps up to Superbikes this weekend 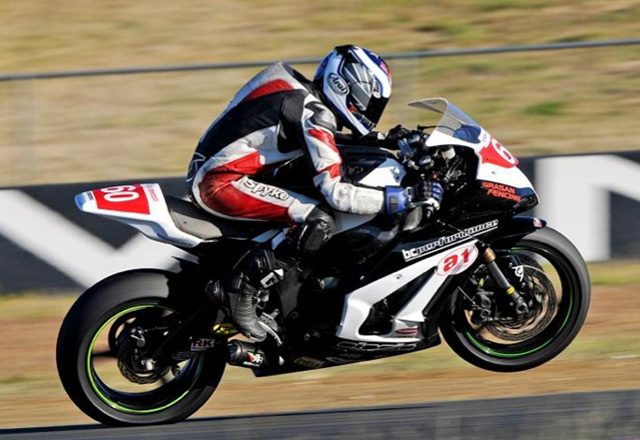 This weekend‰Ûªs Australian Superbike Championship final at Phillip Island will see BCperformance rider Ben Burke step up to the Superbike class, whilst Joel Hughes and Patrick Lee will contest the Prostock category.

Although missing the beginning of the season due to injury, Burke has shown great potential riding the Kawasaki ZX10R to many podium finishes during his first season onboard a 1000cc machine in the Prostock category, including two hard-fought 2nd places in the previous round at Hidden Valley, Darwin.

Piloting the same machine that he has used during 2013 and without any further modifications, the former BSB Superstock 600 runner up will make his Australian Superbike debut this coming weekend of the 4th, 5th and 6th October at Phillip Island.

It will not only be Burke‰Ûªs debut In the Superbike category but also for the team. The BCperfomance team was only assembled in October 2012 and has built a strong reputaion in its first year of competition in the Prostock and FX-Superbike categories, gaining credible results for such a new but experienced team.

Alongside the Superbike debut, Influential Team sponsor A1 Motorcyles have increased their support. The Melbourne-based motorcycle dealer network has stores in Ringwood and Brighton and will have a larger prescence In the BCperformance pit garage for their local round. BCperformance and A1 Motorcycles are building a relationship that will hopefully see the team contest the Superbike catgegory in 2014.

Returning to the team after missing the past two rounds due to injury, Joel Hughes is campaigning the team‰Ûªs Kawasaki ZX-10R in the Prostock category alongside A1 Motorcycles, Patrick Lee.