BCperformance‰Ûªs Ben Burke and Joel Hughes finish on a high 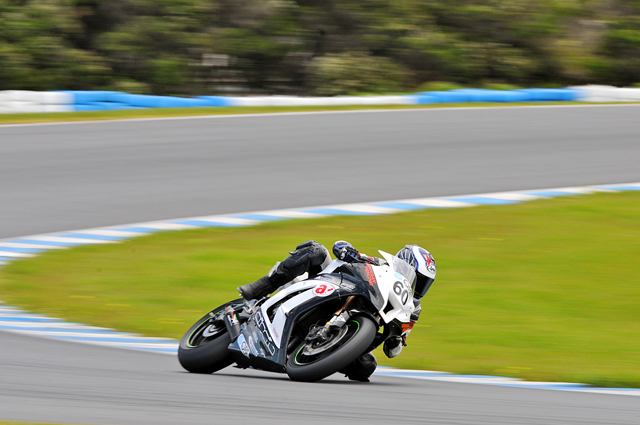 The ASBK championship finale at Phillip Island saw BCperformance riders Ben Burke and Joel Hughes pull off some excellent results over the weekend to finish the season on a high as team sponsor Patrick Lee pushes himself in to a top 10 finish for the first time.

Phillip Island is notorious for its erratic weather patterns and the 7th and final round of the ASBK championship did not disappoint. Over three days of on-track action, the new look A1 Motorcycles by the BCperformance race team gained some valuable experience by entering into the Superbike category for the first time.

Also making his debut in the headlining Superbike class, Ben Burke put in a sterling effort to post the 11th fastest time in qualifying with a first outing in Superpole for the team and rider. Hampered by a lack of setup time around the fast sweeping circuit, Burke could not get his Kawasaki ZX-10R around the island faster but consolidated the 11th place to start the Sunday‰Ûªs races from the fourth row.

Sunday‰Ûªs first Superbike race was held in dry and blustery conditions and Burke made one of his legendary fast starts and finished the first lap in 8th place. Some close racing meant Burke had to take some evasive action on lap two and ran straight on at turn four. Rejoining in 13th, Burke battled it out with fellow Kawasaki riders, Condon and Lovett, to cross the line in a credible 10th and 5th privateer.

The afternoon‰Ûªs race two was run in less favourable conditions with a typical Phillip Island downpour 30 minutes before the Superbike race, with the rain ceasing and the possiblty of a drying track to make tyre choice a gamble. With half the grid lining up on wets and the other half on slick dry tyres, it made for an interesting first few laps as the wet tyre-mounted Burke burst through to finish lap two in the lead.

Burke knew he had to hang on for a good result as the drying track allowed for the slick tyre-mounted guys to gain speed and slice their way through the pack and crossed the line in an outstanding 7th place and 2nd privateer.

Impressively, the leading wet tyre-mounted rider. Burke finished 8th overall for the round and 3rd privateer during his first attempt in the Superbike class.

‰ÛÏI came into the round without any real expectations, being my first time in the Superbike class, I just wanted to feel my way through‰Û