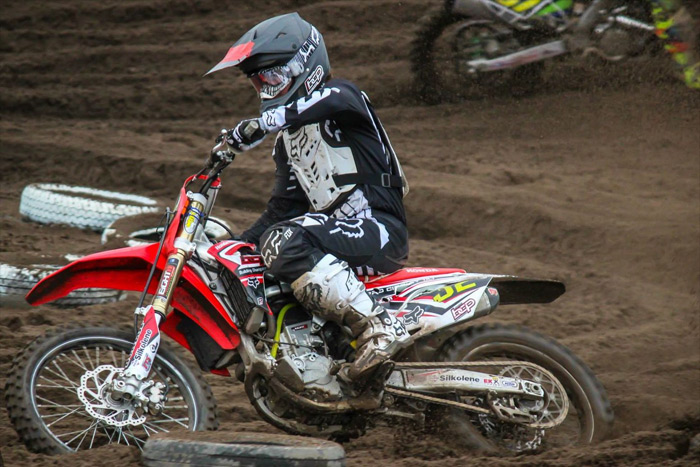 The Rosebud round of the Gippsland Centre Championships in Victoria were held over the weekend in atrocious conditions that saw both heavy rainfall and sub zero temperatures grip the majority of Victoria.

On a track that is extremely similar to the Bunbury MCC in Western Australia where the National Junior MX Championships will be held later in the year it was the BCP Pro Circuit Honda Junior Development Team riders of Taj Marshall and Morgan Fogarty that dominated proceedings, wrapping up their respective classes in convincing style.

Taj Marshall on board his BCP CRF250R went undefeated on the day, getting the holeshot in each of his three A grade 250cc races before steadily pulling away to comfortable wins. Current Australian Junior Champion Cody Dyce along with team-mate Angus Gelly would battle it out for the remaining spots on the podium.

‰ÛÏIt has been a while since I‰Ûªve strung together three solid wins in a day,‰Û