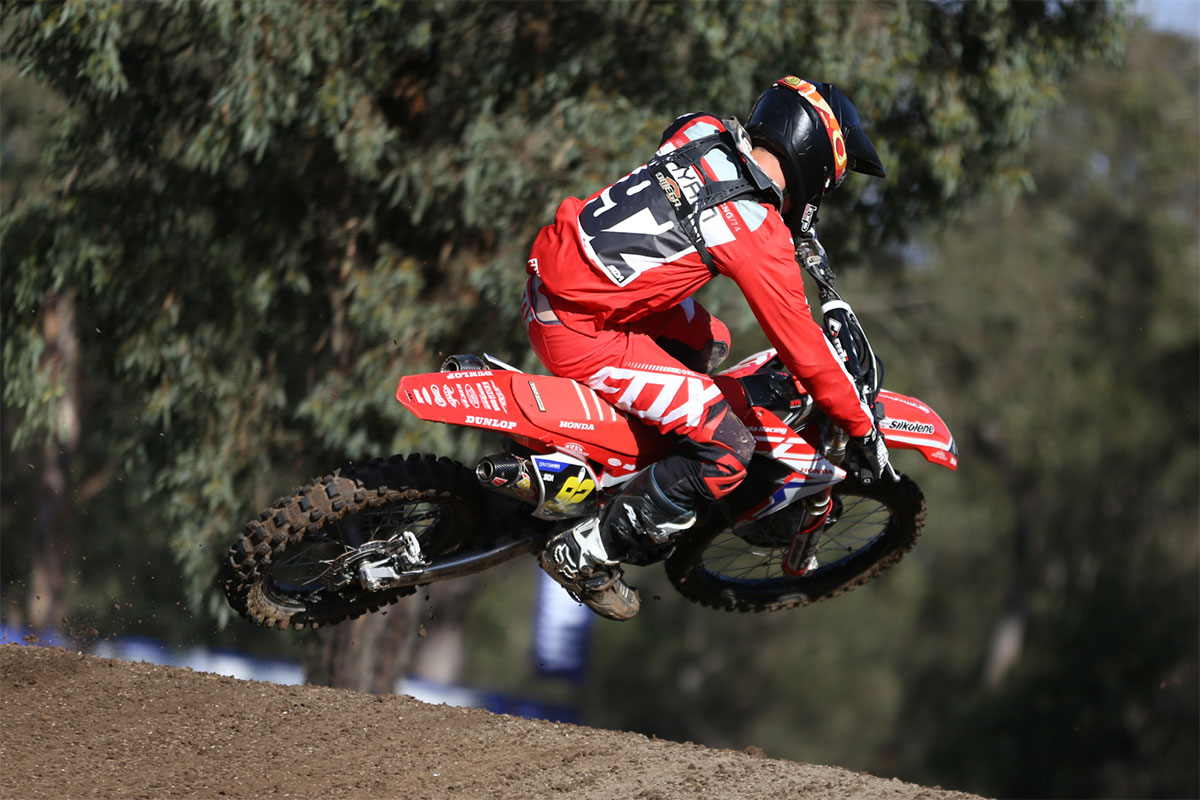 Dante Hyam charging to second place on board his BCP Honda CRF250R at Appin, NSW over the weekend Photo: MXN Images
Under clear blue skies and perfect track conditions Round 2 of the Pirelli MX Nationals series was held over the weekend in Appin, NSW.

The event also hosted round 1 of the Junior ‰Û÷Rookies Cup‰Ûª where Australia‰Ûªs best junior racers would go head to head as part of a three round championship that would also include the Murray Bridge round and Coolum‰Ûªs final round of the series.

BCP Pro Circuit Honda Factory junior rider and current national junior 250cc champion Dante Hyam performed well on the day finishing a solid second place overall behind eventual winner Regan Duffy. Hyam‰Ûªs score card showed a third place in moto one after coming through the pack due to being caught in a first turn pileup. Moto two saw Hyam work his way from 7th place up to 2nd by the time the chequered flag was waved.

‰ÛÏI‰Ûªm happy with second place points to start the series, but I‰Ûªm not happy with how I was riding today,‰Û 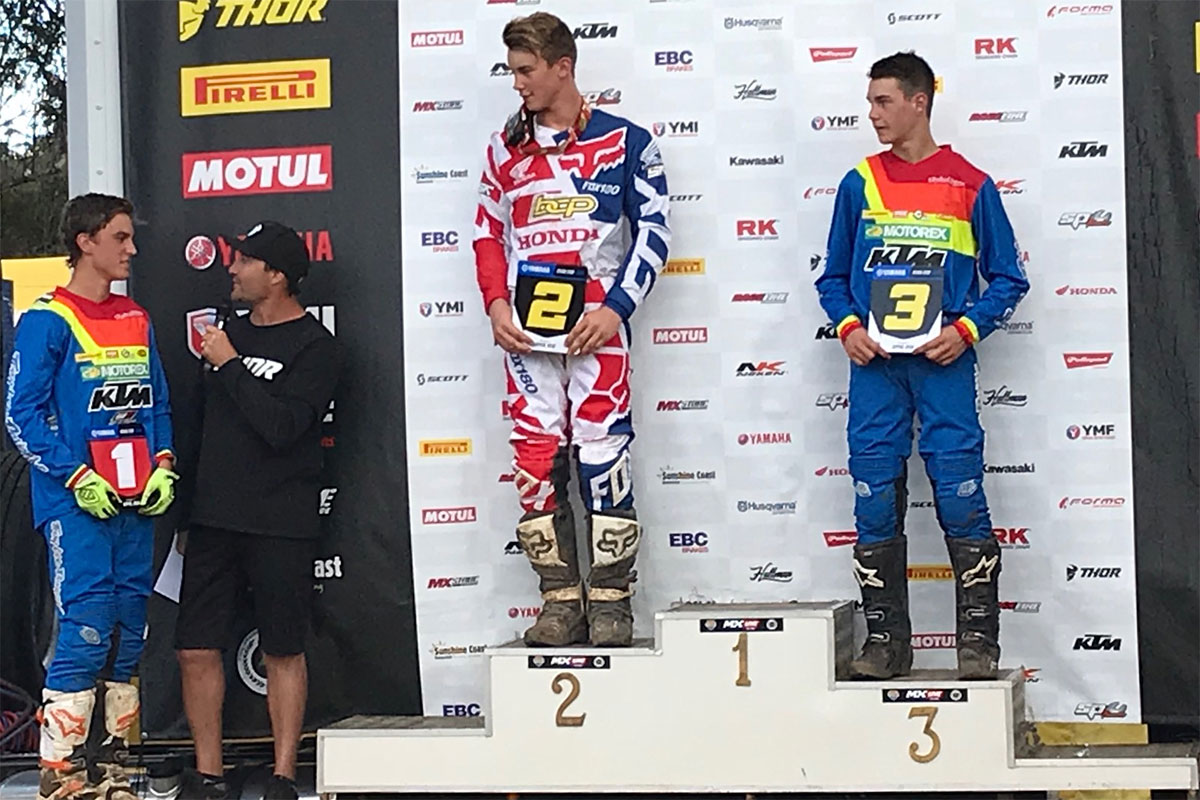 Round 1 ‰Û÷Rookies Cup‰Ûª podium of Regan Duffy, Dante Hyam and Blake Fox
Dante Hyam‰Ûªs team-mate Kipp Adams performed well in his first national event for the team scoring two top 10 finishes on board his number 7 machine, while Tanesha Harnett turned a lot of heads finishing 13th overall against the best junior boys in the country.

‰ÛÏI honestly was just hoping to gain some experience today on a track like Appin at a National Title event which is one of the toughest on the calendar, but I kind of surprised myself a bit,‰Û 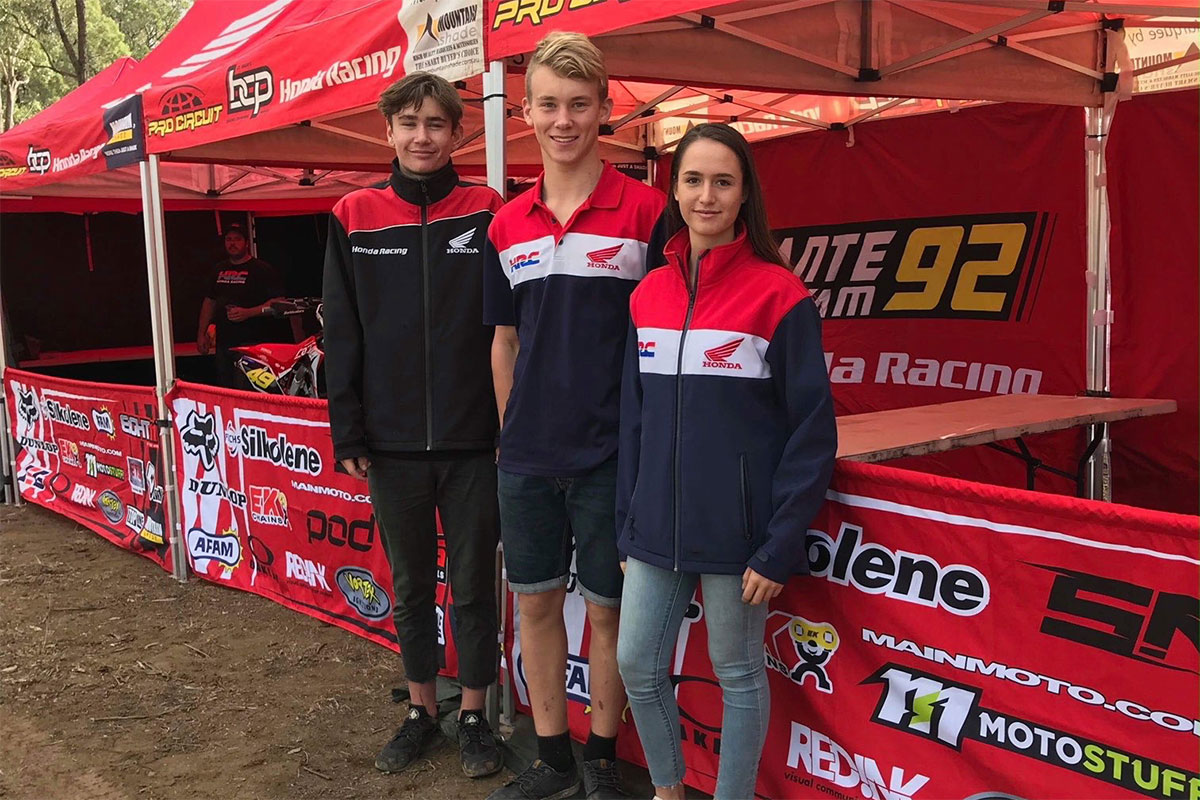