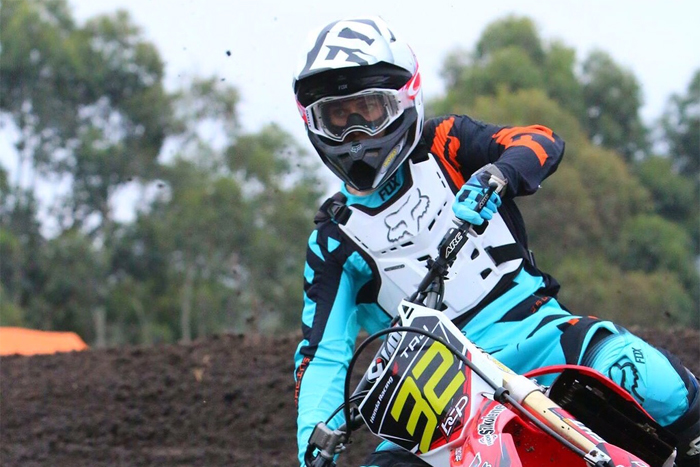 Victorian BCP Pro Circuit Honda Junior Development Team riders Taj Marshall and Tom Bell will cross the border to South Australia this weekend and tackle the most recent round of the SA Motocross Championships.

The event will be held at the Riverland MCC in Renmark, the site of the upcoming National Junior Motocross Championships in September.

A host of gun riders from around Australia will also make the trip, hoping for some success on the brand new, technical circuit.

Fresh off a win in his last race, Taj Marshall goes into this weekend's hitout as one of the hot favourites and hopes to put his sand skills to best use.

"I'm really looking forward to this weekend at Renmark," said Marshall. "From what I'm hearing the track is a lot sandier than the old Renmark circuit which I think is a good thing. All we can do is head over and give it our best shot but I'm sure we will be right up there in the mix of things."

Taj will defend his National Number one plate later in the year when Renmark hosts the National Junior MX Titles. His BCP Pro Circuit Honda team-mate and current New Zealand National Junior Champion Trent Collins heads back to Australia in a week's time to participate alongside his team mates at the final round of the Vic Titles in Mildura.

"I would have liked to have made the trip to Renmark this weekend with the boys. I'm really looking forward to heading to Mildura for the final round. I've had two podiums in two events, and some race wins so I'm hoping to secure that first overall," said Collins.

"Everything for us is geared towards the Nationals in September so we will stick to our plan and take it one race at a time. It was a dream run for Taj and myself to go one-two for the team last year at the Aussies but I believe we can do it again this year. I just hope to change the order around this time haha."