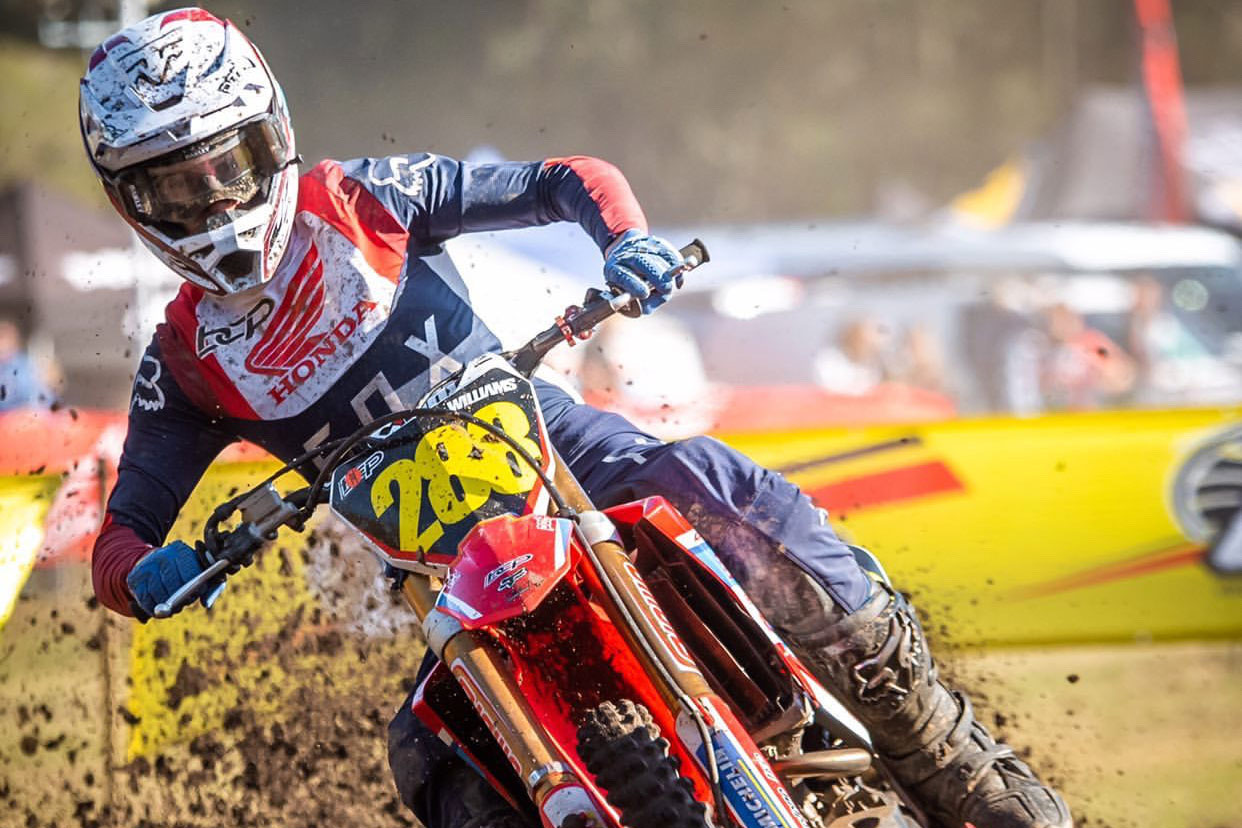 Cambell Williams on his way to victory in the final moto of the day Photo: Josh Lynch Photography
BCP Yoshimura Honda Junior Development Team rider Cambell Williams put in an impressive performance over the weekend at Round 2 of the prestigious East Coast MX series at Dargle NSW.

With both the younger and older A grade Junior 250cc classes combined Williams lined up against some of the fastest Aussie Junior 15 year olds in the country with an opportunity to showcase his talent.

Moto 1 of the day saw a spirited come from behind ride that took Williams from last place up to 7th with a full grid of 40 riders after an incident off the start.

Moto 2 was looking like a potential win when the Factory Honda rider made a small mistake late in the race while trying to make a pass for the lead. Williams would end up finishing third in the moto.

The final race of the day saw a holeshot and runaway win for Williams. Securing the overall win for the day in his younger age bracket while finishing an impressive second place overall against the older class.