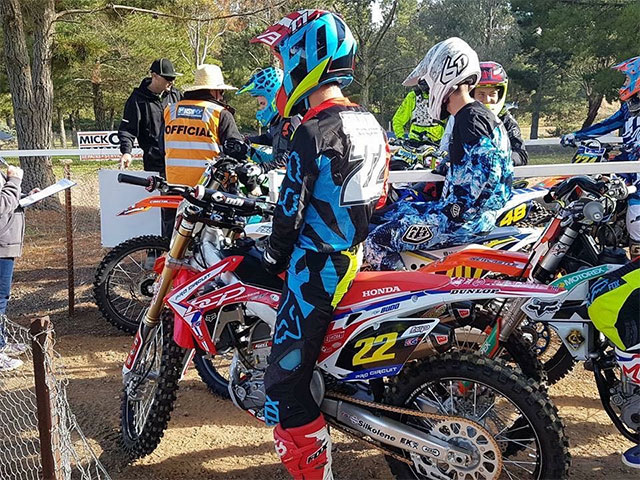 BCP Pro Circuit Honda Junior Development Team riders Rhys Budd and Tanesha Harnett have started their NSW State MX Title defence in style after competing in Canberra over the weekend for Round One of the series.

After just two days back on the bike after recovering from a six week wrist injury Rhys Budd surprised everyone by taking two out of three wins on the day aboard his BCP CRF250R. A small mistake with just two corners to go in race one saw Budd stall his machine while leading, spoiling the perfect comeback to racing for the kid from Oakdale.

‰ÛÏI think it was maybe just some first race nerves and I had a bit of arm pump from riding tight in that first moto,‰Û 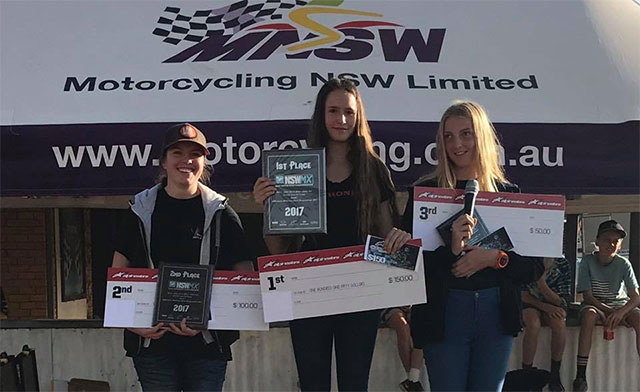 Tanesha Harnett starts her state title defense in style
Harnett has now claimed six wins from six starts in both the Victorian and NSW State MX Championships and will hope to keep that win streak alive in two weeks time when Round 2 of the Victorian Junior MX Titles hits Colac, Vic.

The next event on the calendar for the BCP Pro Circuit Honda Junior Development Team will be this coming weekend where the team will participate at Round 1 of the National Junior 250cc MX Championship that runs in conjunction with the senior Outdoor Motul MX Nationals. This weekend‰Ûªs event at Appin, NSW will be round 1 of a three round series that will also take in Horsham, Victoria and lastly Toowoomba in Queensland for the final round.

‰Û÷It‰Ûªs a great initiative for our top 250cc juniors in the country to not only battle for another national championship in 2017 but also to get the opportunity to race a senior national calibre circuit under the spotlight of all the factory teams and industry giants,‰Û