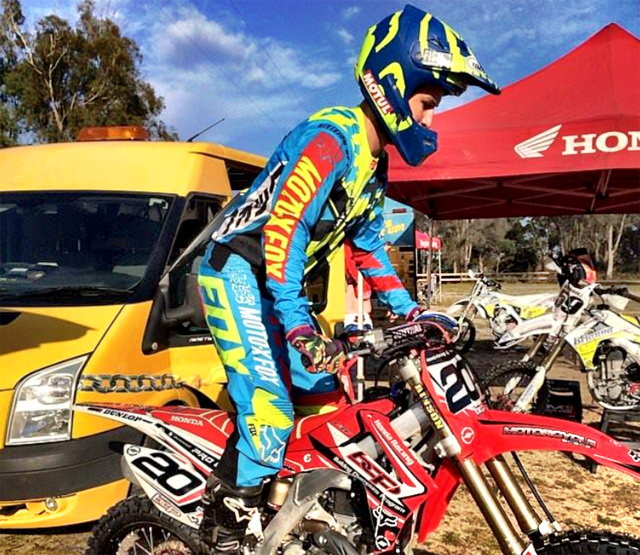 Tasmanian BCP Honda pilot Baylee Davies has wrapped up his home state MX championship over the weekend in convincing style, going undefeated on his way to winning all three points scoring races on the day.

The event which was held at the Bridport Motorcycle club was the final round of the 2015 state motocross championship that saw many ups and downs for highly ranked riders.

‰ÛÏThis is only my second state title win on the big 450cc machine but it was quite a few years ago that I won my last one,‰Û