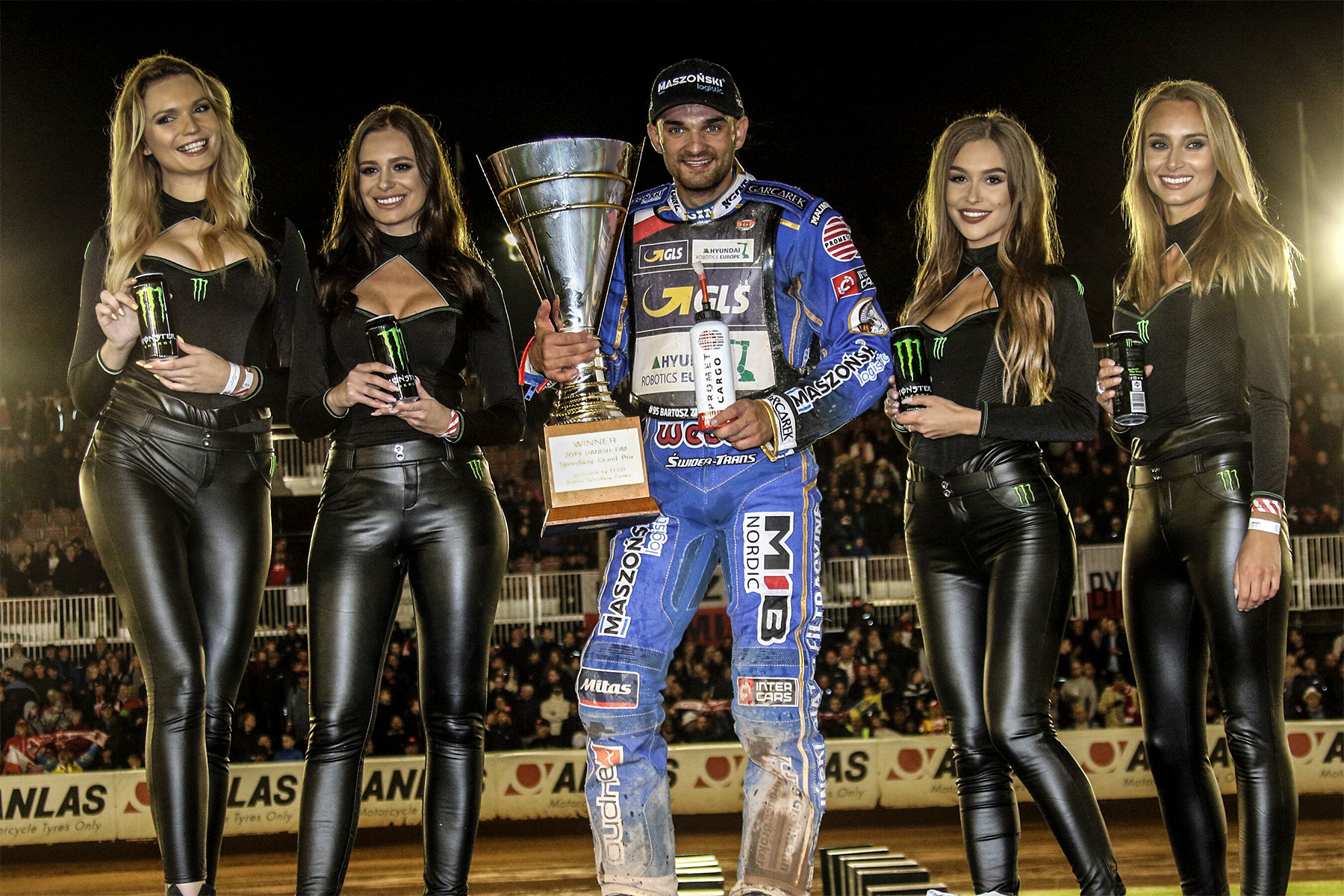 Bartosz Zmarzlik
Polish ace Bartosz Zmarzlik stormed into a nine-point FIM Speedway Grand Prix World Championship lead at the Danish SGP sponsored by ECCO, but says he won‰Ûªt be looking at the standings until after the decider in Torun.

The world No.2 won his third SGP of 2019 at Vojens Speedway Center after getting the better of Matej Zagar, Fredrik Lindgren and Emil Sayfutdinov in the final, ending the night on 18 points.

Having started the meeting level on 85 with Leon Madsen, Zmarzlik surged on to 103 and is nine points ahead of Sayfutdinov in second, who has 94, with Madsen third on 92 after falling short of the semi-finals on seven points.


Zmarzlik has now given himself a golden opportunity to become Poland‰Ûªs third world champion, following in the tyre treads of 1973 winner Jerzy Szczakiel and 2010 SGP champion Tomasz Gollob.

But the Gorzow hero won‰Ûªt be paying any attention to the World Championship standings until after the next two rounds in Cardiff on September 21 and Torun on October 5.

‰ÛÏI am not looking at the table. I am only focused on myself. I will see the table after the last heat in Torun," Zmarzlik said.

‰ÛÏIt feels very nice to win this GP. This feels unbelievable because after my first heat I didn‰Ûªt feel so fast.

‰ÛÏI didn‰Ûªt feel the best. I knew I could do better and in the GP, every point is so very important. I scored 18 points today, so that‰Ûªs not bad.

‰ÛÏI had different setups for the semi-final and final. It was good work from all my team to get there and I have to say thank you very much to them. Now I am looking forward to Cardiff.‰Û