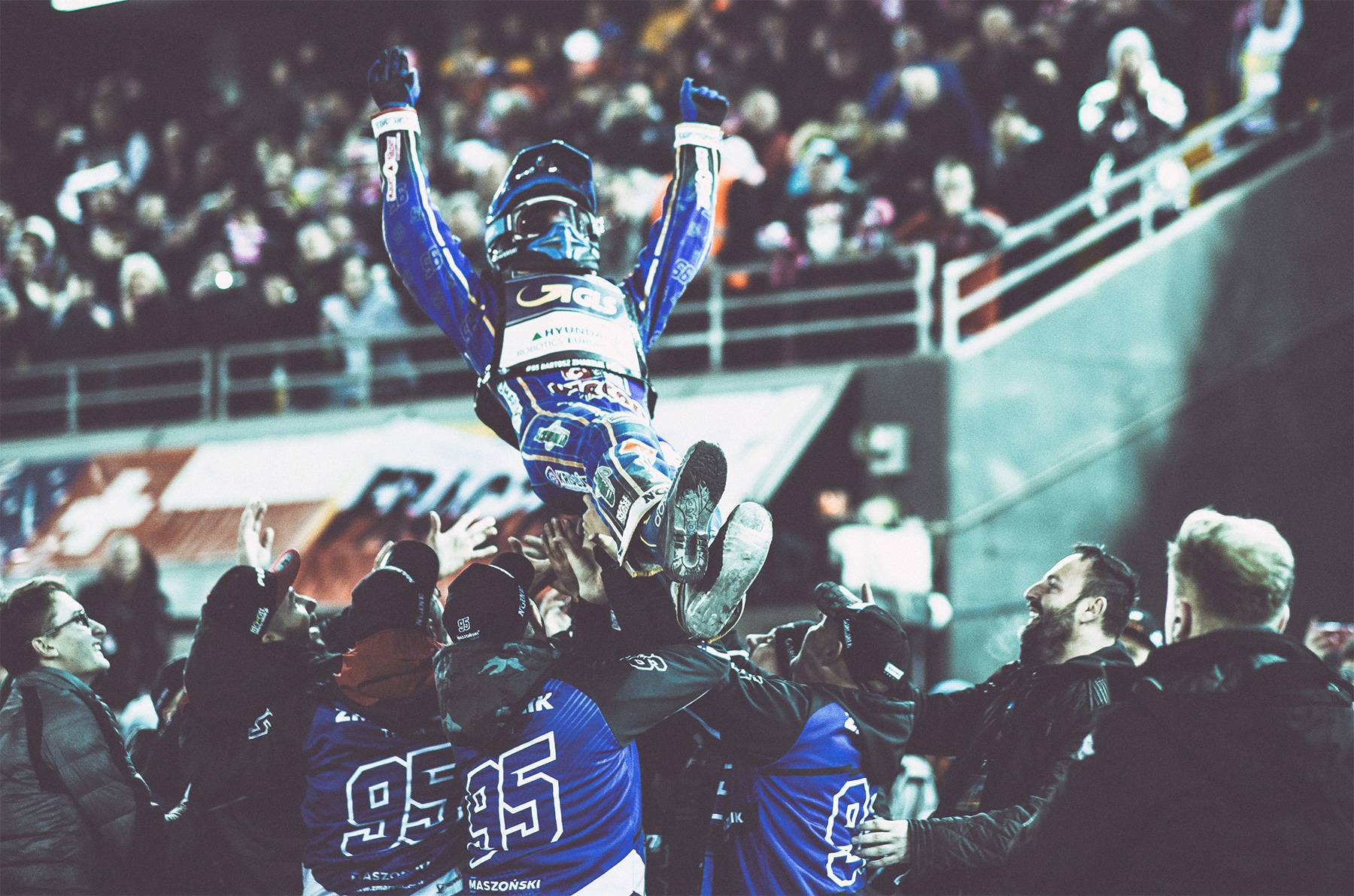 Polish hero Bartosz Zmarzlik revealed he was tipped for the top by Tomasz Gollob a decade ago after following in his mentor‰Ûªs tyre treads to become Poland‰Ûªs third FIM Speedway Grand Prix world champion.

Zmarzlik made history when he reached the Revline Torun SGP of Poland final with 14 points to follow 1973 World Final winner Jerzy Szczakiel and 2010 SGP champion Tomasz Gollob into Polish speedway‰Ûªs most exclusive club.

The 24-year-old held his nerve under immense pressure after Leon Madsen won the Revline Torun SGP with a 21-point maximum to push Zmarzlik all the way, with the Dane claiming the silver medal and Russia‰Ûªs Emil Sayfutdinov bagging bronze.

It‰Ûªs nine years since Gollob lifted the sport‰Ûªs biggest prize in 2010 and Zmarzlik spent that season racing with the great man at Polish club Gorzow.

Now it‰Ûªs Zmarzlik who leads Gorzow‰Ûªs challenge in the PGE Ekstraliga and he admits Polish speedway‰Ûªs all-time great backed him to follow his compatriot to the top of the sport one day.

‰ÛÏTomasz Gollob was my leader and I remember being with Tomasz in 2010. He said to me ‰Û÷young man, you are the same make as me, but in a smaller size." Zmarzlik said.

‰ÛÏThis is unbelievable ‰ÛÒ I am the third Polish world champion. It is very nice and I don‰Ûªt know what to say now.

‰ÛÏIt has been a hard month for me. I have had all these people coming up to me, saying ‰Û÷you can win‰Ûª or ‰Û÷you‰Ûªve won‰Ûª. It was a hard time. I am much happier now.

‰ÛÏI want to say a big thanks to the Polish fans, and all the fans. They created a good atmosphere in the stadium.‰Û