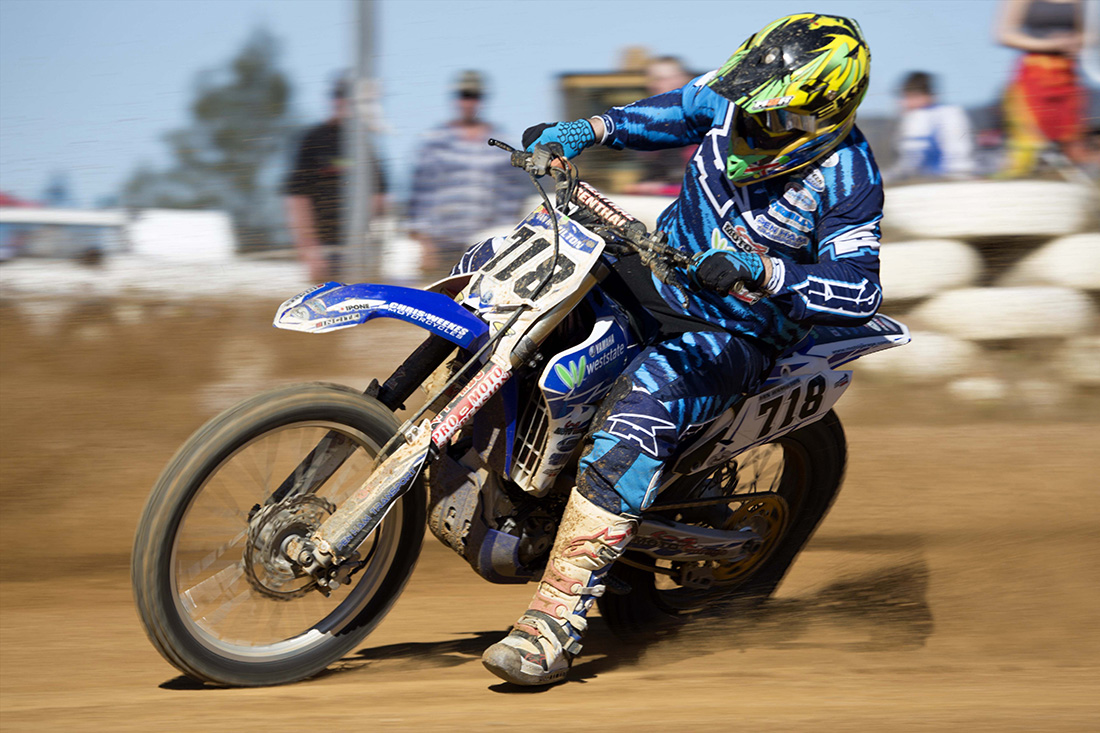 Canberra rider Ian Hamilton will make the trip North for a crack at the 29th Trackmasters. Credit: Bill McFarlane
Hunter Valley Motorsports 29th staging of their annual Trackmasters motorcycle race meeting is on this weekend, Saturday and Sunday, April 7 and 8 at the Barleigh Ranch Raceway.

The Hunter Motorcycle Club will host the meeting which has attracted some of Australia‰Ûªs leading senior and junior motor cycle stars to chase the honours. The meeting will be particularly important for the senior riders as a prelude to the 2018 Australian Senior Track Championship meeting coming up in August at the same venue.

Among the entries received for this weekend were riders from as far away as Townsville and Melbourne.

Last year Kayden Downing was an unheralded visitor but late in 2017 he won the premier Pro 450 class at the Australian Dirt Track Championship so the opposition knows what to expect from the Townsville 22-year-old this time.

Teenager Harry Maxwell from Proserpine will travel with Downing to take on the locals, providing of course the duo can escape the clutches of the weather hitting the Queensland coast.

Former Australian Championship placegetter Ian Hamilton from Canberra has entered, while Cowra duo Daniel Wicks and Michael Vecchi, Keegan Gaskin from Tamworth and Bailey Spencer from Coffs Harbour all have been in good form so far this year.

Both the Hunter and Kurri clubs will have strong contenders with the likes of Mackenzie Childs, Boyd Hollis, Harry Scott and Connor Ryan all likely to be prominent.

Three riders who won Australian Junior Championships last year have entered headed by triple winner Kye Andrews from Taree in the 13- U/ 16 years classes. He will face his toughest opposition from two Victorian riders in Max Berry and Zane Kinna and Kurri rider Harry Ryan.

There will also be sidecar racing, a womens class and classes for older bikes and older riders. Action gets under way both days at 10 am.

The Barleigh Ranch track is situated just off the Pacific Highway at Eagleton.