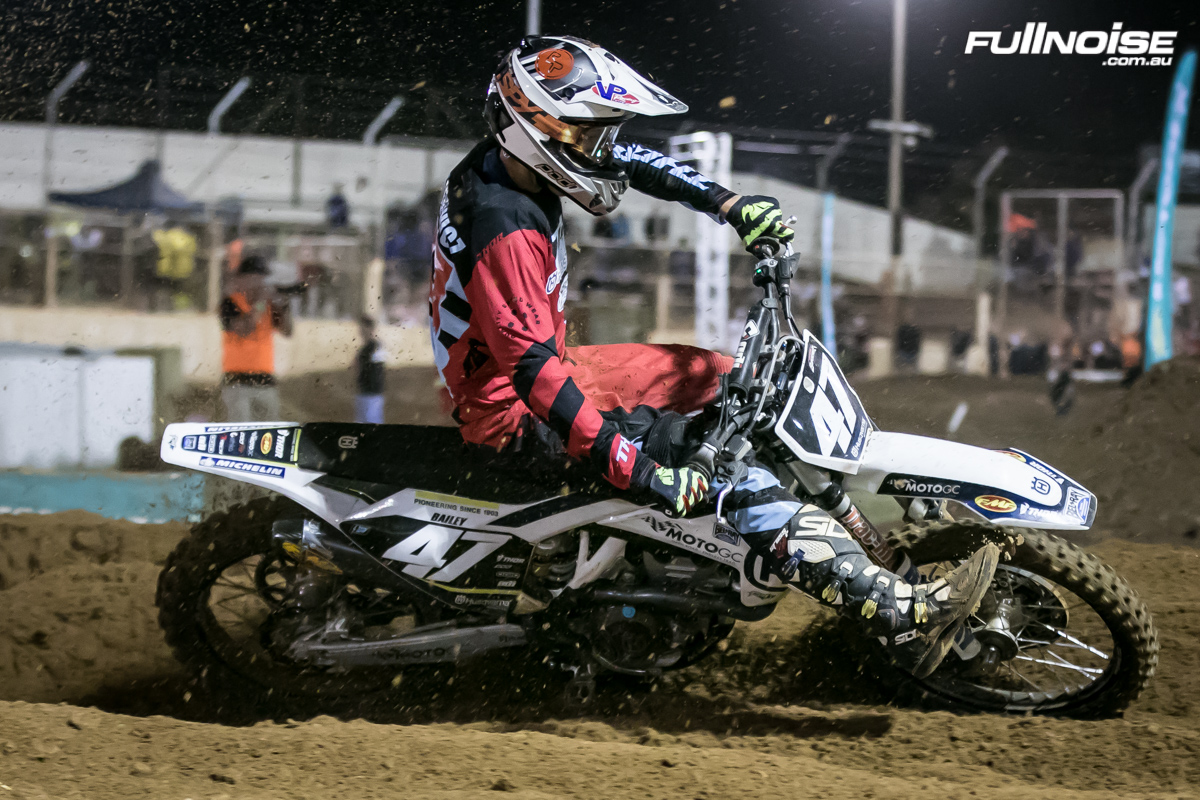 Having turned 16 earlier in the month, Malkiewicz was certainly one of the youngest riders in the class, but that didn‰Ûªt stop him running his Husqvarna FC 250 as high as fifth in the final, before ultimately finishing 13th.

DPH Yamaha's Wilson Todd won the race from Serco's Jackson Richardson, while Dyson Motorsport Husqvarna rider Dylan Wills took his Husqvarna FC 250 into the final podium position, in what was his best result of the series so far.

Wills has now hoisted himself into fourth place in the SX2 championship, at the series‰Ûª half way point.

For Malkiewicz, his rookie ride with the big boys was every bit as intense and cut-throat as he expected it to be, and he admitted that attempting to hold his level high enough to run inside the top ten finally caused him to fade in the last three laps.

The exciting youngster from Queensland decided to join the senior ranks for the remainder of the series after dominating the junior supercross at the second round of the championship at Bacchus Marsh a fortnight ago.

‰ÛÏIt was a great experience and I‰Ûªm really glad I had a go," Malkiewicz reflected, "I did a good job getting into the main event, and the heat racing was pretty much what I expected; everyone just fighting to get somewhere, and it‰Ûªs all about the start.

"Finishing top 15 in the main was a highlight. I got a decent start and was fifth, but there was a lot going on! The pace was really fast and everyone was all around you, so if you didn‰Ûªt get your lines perfect you got passed. I got pushed back to ninth pretty quick, then I just ran out of legs at the back of the moto and went back to 13th.

"It was a challenge, but I know where I stand now. For the next one I‰Ûªll definitely target my starts and my race fitness. Once you run out of energy, you start making mistakes and you either overjump or case, which slows your lap times and makes it easier for people to catch you.‰Û