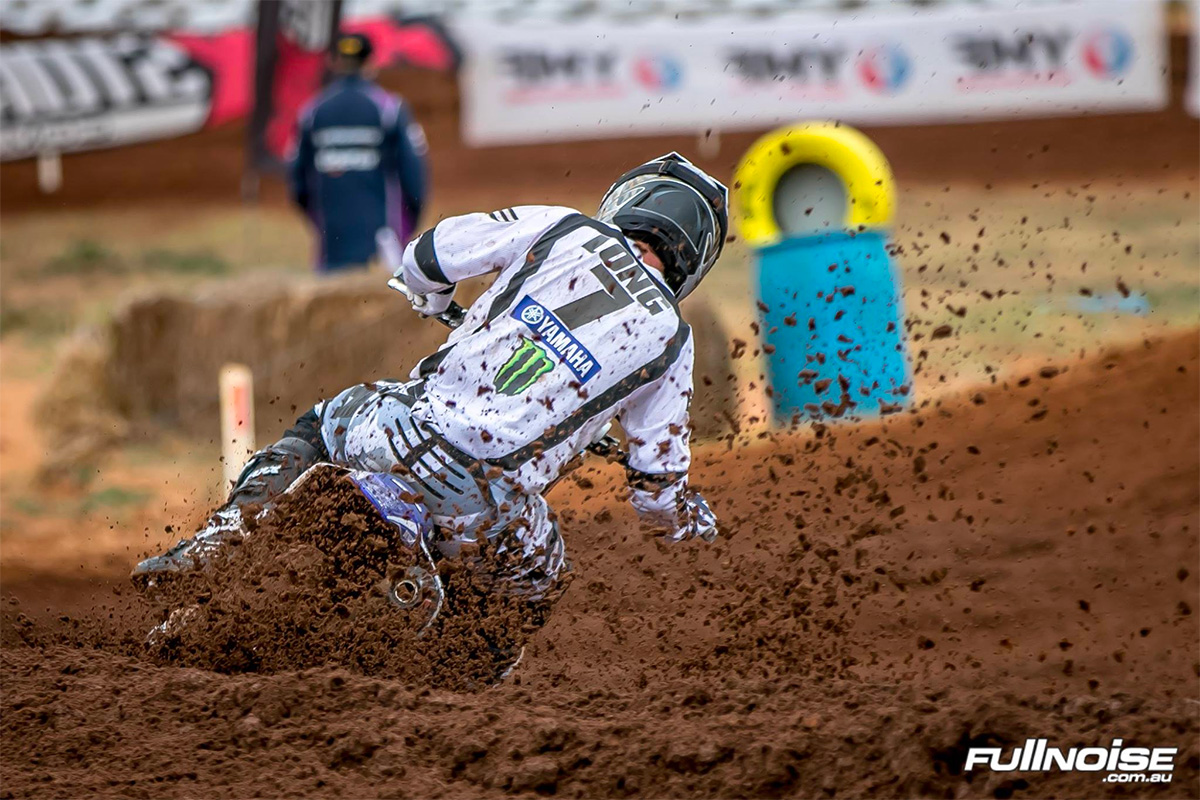 A rock in the face and a mechanical DNF spelt a bad weekend for Dylan Long at the Conondale. Credit: Aaryn Minerds (file)
CDR Yamaha Monster Energy Team's Dylan Long encountered unexpected obstacles that halted what looked like a promising weekend at round six of the Pirelli MX Nationals at Conondale.

Long qualified well and posted a time fast enough to make the top five Superpole event. He then transferred that speed into the opening MX1 moto and was inside the top three and in the battle for the race lead early in the race before a rock thrown from a bike in front of him cannoned into his goggles and cutting his lip badly.

With blood streaming from his face and dirt and sweat making things very comfortable for Long underneath his helmet he dropped back a few positions as the 30minute moto continued to finish eighth in a challenging opening moto.

Determined to finish the day on a strong note, Long was again near the front early in race two only to be forced out of the race with a mechanical issue.