Back to back MX2 round wins for Caleb Ward 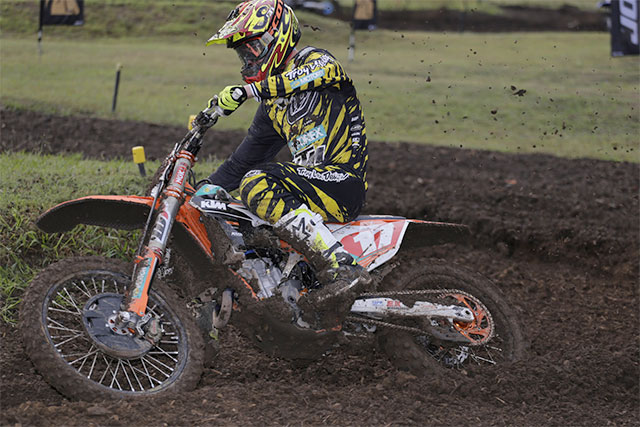 KTM Motocross Racing Team's MX2 rider Caleb Ward has stretched his lead in the MX2 championship out to 11 points over Husqvarna‰Ûªs Nathan Crawford after a 1, 3 day gave him the win at the second round of the Motul MX Nationals Appin.

Ward convincingly won the first moto and looked on track to make it a second in race two, but freakishly, encountered a collapsed rut while heavily committed to a corner, and suffered a tumble which cost him several places.

‰ÛÏI had a pretty good day. First one I started in fifth or sixth and made my way back through the pack slowly and took my time," Ward explained. "I ended up passing into the lead with about eight minutes to go and just sort of managed the race.

"Then in Moto two I came out in second or third, got up behind Mossy and we were going pretty fast at the front for a few laps, then I managed to pass him on lap three or four or something and was in cruise mode doing my own thing when I came around the corner and a rut had collapsed in on itself. I was fully leaned and committed, and hit this massive chunk of dry dirt and my front deflected off and I ended up on the ground. I got back up and salvaged some points and still got enough for the overall so I was pretty happy with that,‰Û 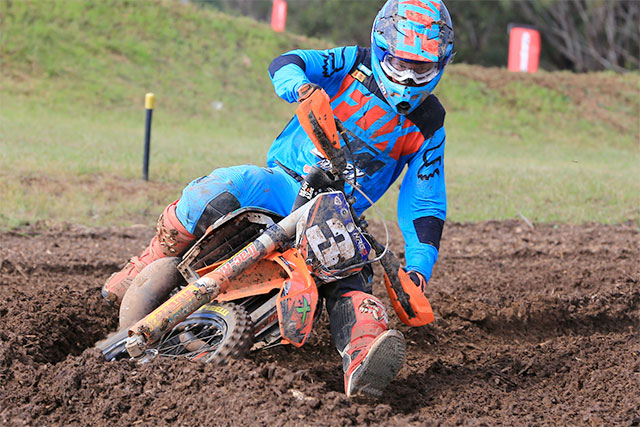 Jayden Rykers
The depth of the second tier class continues to push its competitors to strive harder, and KTM Factory Support rider Jayden Rykers (Davey Motorsport) was on track for his first podium of the championship when he jumped off the track to avoid a hay bale and was penalised 10 seconds.

The adjudication dropped him to ninth in the moto, fifth on the day, and from a potential third to eighth in the MX2 championship, but the hungry West Australian knows it is only early days, and is far from deterred.

‰ÛÏI went (originally) 3,5 which would have given me my first podium, but we got a penalty for jumping off the track to avoid a hay bale, so unfortunately I got put back to ninth with a ten-second penalty," Rykers explained.

"Unfortunate, but I felt pretty good. The first one was good, myself, Ward and Moss were in the top three and I felt quite comfortable with my speed. I'm sitting eighth in the championship now but third place is only six points ahead of me, so third is where I would have been if I never got docked for points. I'll cop it on the chin and show them what we‰Ûªre made of next round. No point in getting angry about it.‰Û