Awesome First Up Win for Jay Wilson at 2013 ASX Championship 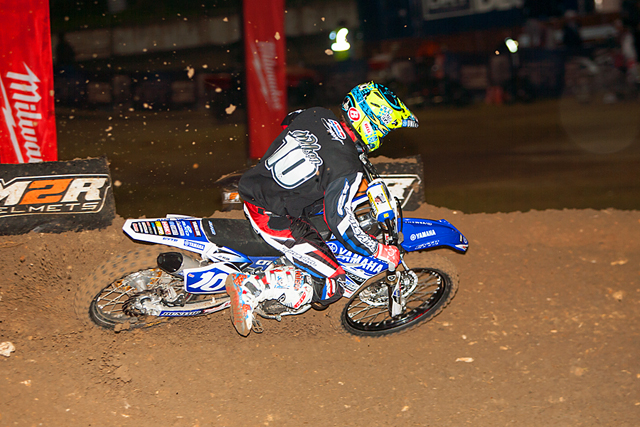 GYTR Yamaha‰Ûªs Jay Wilson has broken through for his first ever supercross main event victory after taking the win at round three of the Australian Supercross Championship, held at Mt. Gambier over the weekend.

The Mt. Gambier event was the opening round of the championship for the Under 19 class and Wilson pulled off a remarkable wire to wire victory in the 12 lap main event.

He shot from the gate and instantly took control of the race as the field exited the first turn. He stretched out a good lead in the opening laps as his main rivals battled behind him. His winning margin was eight seconds at the fall of the chequered flag and he sailed over the line with fist in the air.