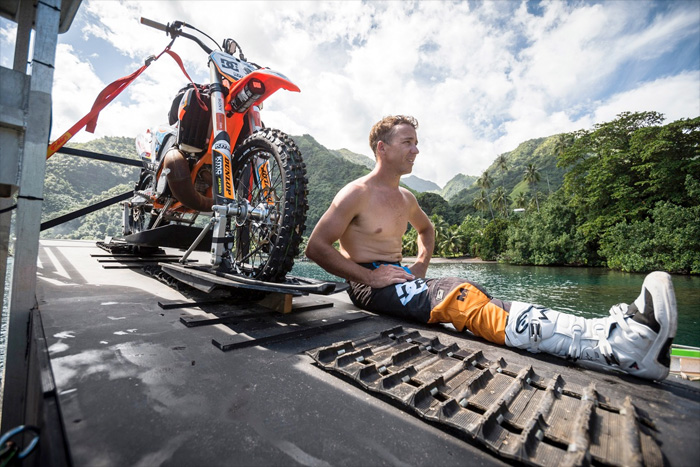 Leading Australian motorcycle stuntman Robbie Maddison has been confirmed as a special guest to the 2015 Sydney Motorcycle Show presented by InsureMyRide at Sydney Olympic Park on November 20-22.

Maddison, who holds the world record for the longest distance ever jumped on a motorcycle is back on Australian soil for the first time since what was arguably his most daring project yet ‰ÛÒ DC Shoes Pipe Dream, in which he rode a modified dirtbike on a wave near Teahupoo in Tahiti.

The 34 year old from Kiama, who was Daniel Craig‰Ûªs stunt double in the Bond film Skyfall said he looked forward to meeting visitors at the Sydney Motorcycle Show.

‰ÛÏIt is awesome to be back home in Sydney after a massive year and the completion of DC Shoes Pipe Dream,‰Û