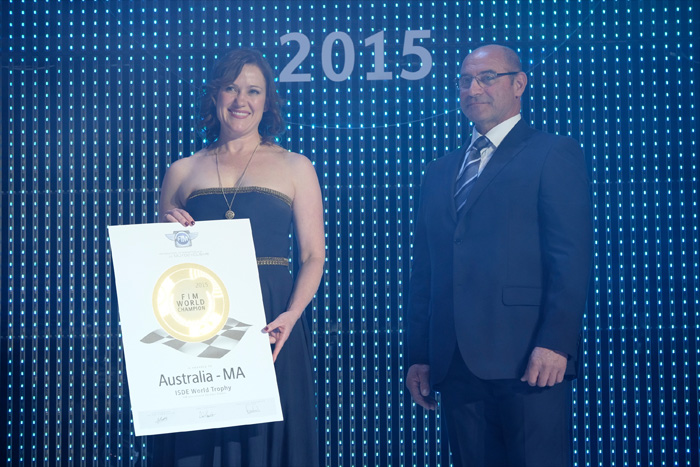 Australia's contribution to motorcycling on the international stage has been recognised at the 2015 FIM General Assembly.

The event, which was held in Jerez de la Frontera in Spain on November 19-22, brought together representatives from the 58 motorcycling Federations from around the world.

Motorcycling Australia (MA) was represented at the FIM General Assembly by President Tania Lawrence, who also acted as FIM Oceania‰Ûªs representative on the FIM Board.

Lawrence said there were a number of important developments to come out of the annual meeting of motorcycling‰Ûªs key powerbrokers.

‰ÛÏIn the General Assembly, the Continental Union Presidents presented their plans and projects for 2016 and underlined the importance to strengthen the cooperation between the Unions,‰Û