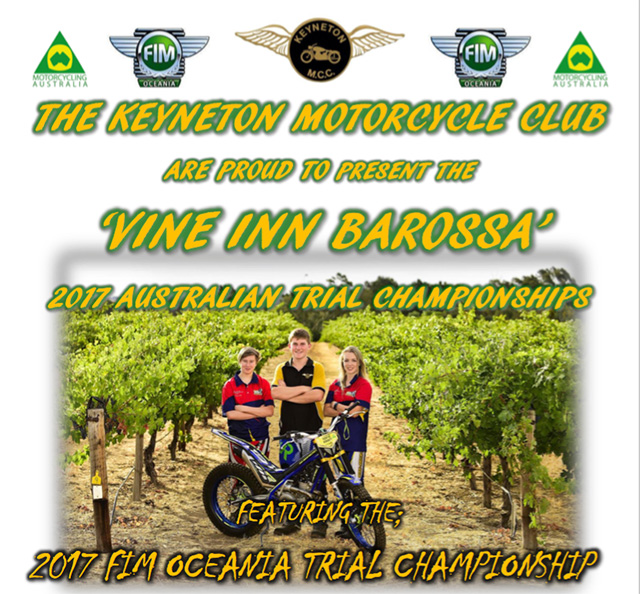 Competition will run from September 30 to October 1 2017 at Manglers Hill, Barossa Valley, South Australia. The Keyneton Motorcycle Club will host the event.

Australian Trial competitors Toby Coleman (Masters), David MacDonald (Junior Open 13 to under 16) and Bridie Sutton (Junior Women 7 to under 16) will lead the charge for the green and gold.

Medallions will be awarded to the winning nation with Australia and New Zealand having nominated competitors in the Solo, Women‰Ûªs and Junior Classes. The riders in each class with the lowest observed score for the two days will receive one point for their nation, the second placed nominated team rider receives zero points for the team, with the nation with the best of three classes being declared the winner.