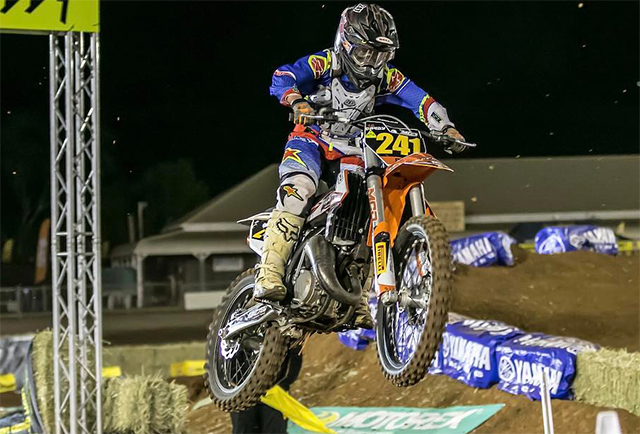 Inclusion of these two classes will help to foster junior development, ensure more race entries and assist in raising sponsorship for competitors.

Junior Lites and Junior 85cc classes have acted as a support category to the championship for the past four years. Typically in the past, supercross has been senior class focused with competitors typically transferring to the sport from other disciplines such as motocross.

Granting these classes with championship status will help to promote junior development within the discipline itself, in recognition of the fact that it can be difficult for younger riders to get involved in the sport. Now that these are classes operate on a national championship level, it should assist in developing the stars of the future.

Supercross juniors compete on the same track as the seniors, with alterations appropriate for the sizing of machines and skill level of riders.

MA's CEO Peter Doyle stated; ‰ÛÏThe commission has been discussing including juniors at a championship level for some time now and it's great to see it approved for the 2017 championship and beyond.

‰ÛÏThe promotion of Junior Lites and Junior 85cc classes to championship status, will help to foster and develop future growth from within supercross itself,‰Û