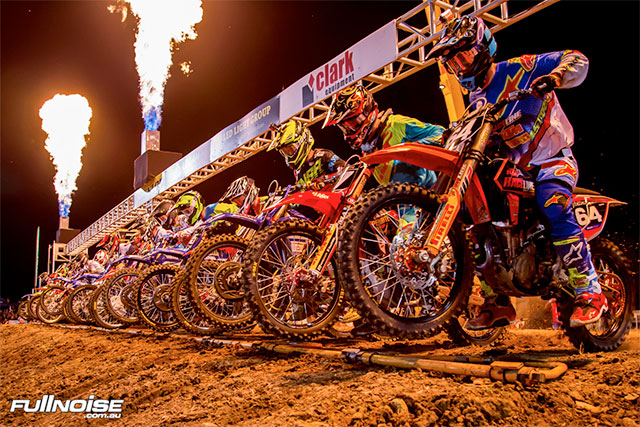 Motorcycling Australia, in conjunction with the 2017 Australian Supercross promotors ‰ÛÒ S.B Promotions, EMT Events, Gilbert Racing and AME, have announced the 2017 Championship calendar alongside some major Championship changes in favour of all riders.

That‰Ûªs almost a $40,000 increase from the 2016 figures! Along with the comprehensive prize pool, competitors can also celebrate lower entry fees, which has been reduced to just $200 for senior entrants, and only $50 for Junior entries across their four applicable rounds.

The SX series will kick off at the iconic Jimboomba Stadium from September 23rd and will travel the east coast in six rounds that will conclude back in Queensland at Coolum Stadium on November 18th.

Queensland promoter, Scott Bannan spoke about the massive coup for the riders, sharing ‰ÛÏWe all met last year and it was a really positive meeting. The Championship is getting stronger every year, but we just needed to be more consistent across the series at our end,‰Û