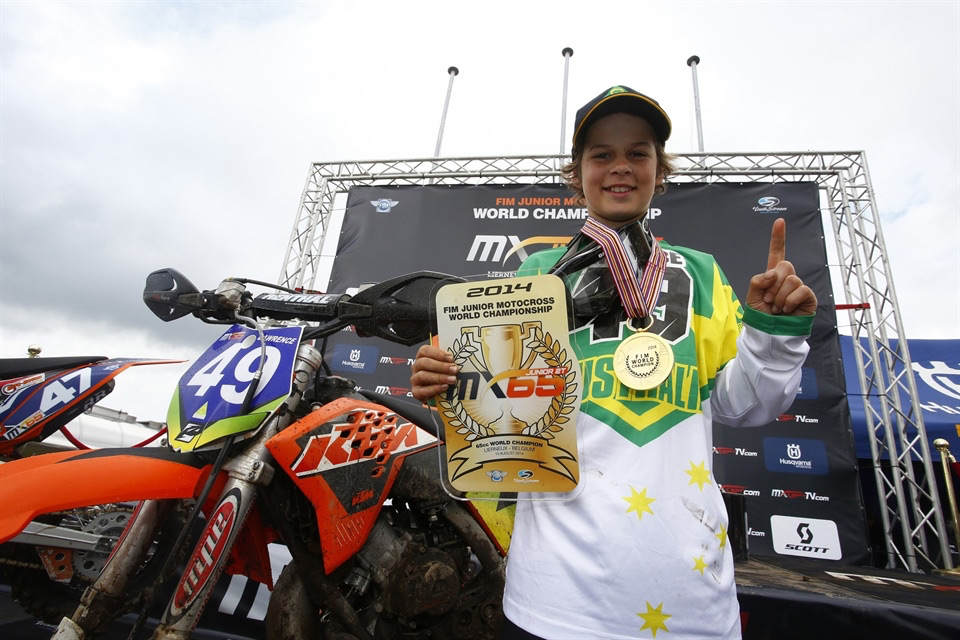 Motorcycling Australia have announced the Australian squad to be eligible for the FIM World Junior Motocross (WJMX).

This will be the first time the WJMX will be coming to our shores and Australia is primed to take on the world! Taking place at the renowned Horsham Motorcycle Club (VIC), the event is set to be an international spectacular on the 26th of August 2018.

The Australian squad will consist of 46 riders, which will represent the best young talent the nation has to offer. Also joining the team will be young gun, Charli Cannon who has been selected as the best female Junior in the country.

The squad of 46 riders will be trimmed to seven per class, with the possibility of Australian Wildcards being able to join the fold. Australia will represent the most riders in the field, due to being the host nation.

Australian riders have enjoyed a significant amount of success in the past. Notable standouts include Jett Lawrence taking out the 65cc class in 2014 and Jay Wilson in the 85cc ‰ÛÒ 150cc class in 2009.

Being able to host the WJMX is an amazing privilege and is without a shadow of a doubt the world‰Ûªs most prestigious Junior Motocross event. It‰Ûªs going to be an incredible sight to witness, delivering a show for spectators and competitors alike.

Mark Willingham will return as Team Manager for 2018 and is pleased with the Australian squad selection; ‰ÛÏThis year being a local championship, we are able to select a lot more riders for the squad. It‰Ûªs going to be interesting to see how the dynamic works with a large group of riders. The host nation is allowed 7 riders per class and there may be opportunities to include wildcards after entries close, should there be enough spaces.‰Û