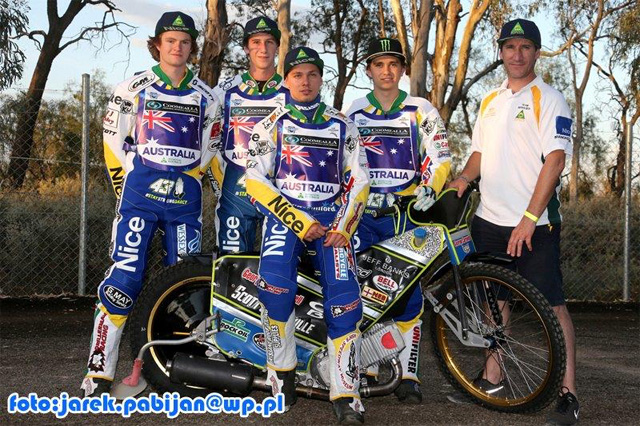 Team Australia Under 21 young joeys whom are currently ranked 3rd in the world from last year‰Ûªs home staged event in Australia at Olympic Pack Speedway Mildura, will travel to Holsted, Denmark on the 4th of June to contest this years FIM World Under 21 Speedway Team Cup semi final, against the host nation Denmark (World Teams Championship runners up), Finland and Team Great Britain.

The 2016 line up will boast a familiar look, with three of last years‰Ûª team members reselected, and also being eligible to compete in the 2017 competition as well.

The team will be led into battle by nineteen-year-old, and current Australian Senior Speedway Champion Brady Kurtz, alongside the recent Australian Under 21 winner Jack Holder, three time national Under 21 Champion Max Fricke, and Queenslander Jake Allen.

‰ÛÏWe will travel to Denmark with the vision of winning the semi final, and gaining the direct route in to the final in Sweden later in August this year,‰Û