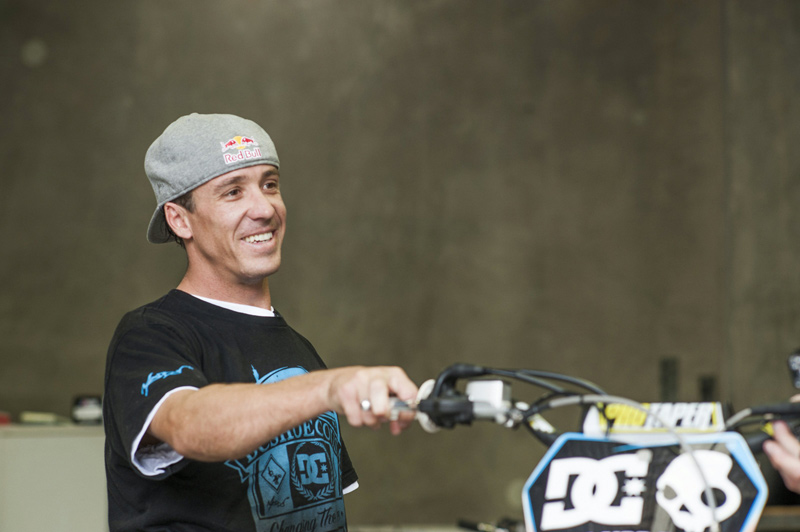 Motorcycling Tasmania and Latrobe Speedway are combining to bring the best Freestyle Motocross Riders from across the country to Tasmania to crown the first ever Motorcycling Australia sanctioned Australian FMX and Australian Speed & Style Champions.

The event to be held at Bendigo Bank Arena in Latrobe on November 15 is the first of its kind in Australia, combining 2 types of skill.

Special guest for the event will be World Record Holder, FMX Superstar and Stuntman, Robbie Maddison.

Maddison still holds 2 world records for the longest jump on a 125cc motorcycle (2008) and the longest jump on a 250cc with a trick (2005). He is also known for his amazing stunts, jumping the fountains at Caesar‰Ûªs Palace (Las Vegas), jumping onto and off of the Arc de Triomphe in Las Vegas. Backflipped over the Tower Bridge in London and did more tricks over the Conrinth Canal in Greece.

Australian FMX Legend and X Games Gold Medallist Blake ‰Û÷Bilko‰Ûª Williams has designed a multi-use track which will send the Competitors flying high for FMX, as well as provide some great racing for the Speed & Style.

The Jono Porter Award will also be presented to the winner of the Australian FMX Title. Jono Porter was one of the Pioneers of Australian Freestyle Motocross and was the first in the Country to perform the backflip. Jono was not only a FMX Rider but also a MX Racer.

Porter was involved in a first corner racing incident at a round of the MX Nationals in Queensland. He passed away on June 9, 2004. He was 22 years old. He is known as Australia‰Ûªs version of Travis Pastrana. To all the Competitors this just heightens their want to take out the title.

This event would not be possible without the assistance of Events Tasmania, Devonport City Council, CBB Contracting, Bendigo Bank and the Latrobe Council.

Top Image: Robbie Maddison Will be a special guest at the 2014 Australian FMX and Australian Speed and Style Championships