Australian Senior Dirt Track Championships back in the Hunter Region 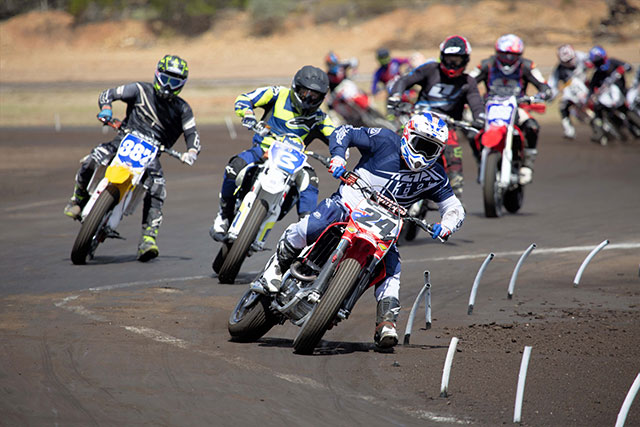 The Australian Senior Dirt Track Championships will be back in the Hunter region for the first time in a decade when the 2016 title meeting is staged at the Barleigh Ranch Raceway next month.

The 2016 Chris Watson Motorcycles Yamaha Australian Senior Dirt Track Championships, supported by the Port Stephens Council, will be staged on the weekend of August 13 and 14.

Given the great history of dirt track racing around the Hunter it is surprising that local stagings of this Championship meeting have been so few and far between over recent times.

Previously it was in 2006 and before that in 1984 when this title showdown has been staged at Barleigh Ranch.

Dirt track, or as it used to be called short circuit, racing has always had a great history around the Hunter region with some of the most successful riders in the history of this discipline of racing having come from this area.

Legends of the sport like Herb Jefferson, Greg Primmer, Keith Davies and Chris Watson all came from clubs in the Hunter region. Significantly two of them will play special roles in the staging of the 2016 championships.

Davies has maintained his involvement in the sport after his retirement being a long-time administrator at national, state and club level. He is currently president of the Hunter Motorcycle Club.

Watson is the winningest rider in the history of the sport and through his successful motorcycle dealerships he has joined with Yamaha as naming rights sponsor for the championships.

Some of the most famous tracks in the sport‰Ûªs history have been around the Hunter region as far back as the 1960s, but sadly circuits like Hillview at Muswellbrook, Heddon Greta, Salty Creek and Cameron Park are today but a memory.

The Barleigh Ranch track, just off the highway at Eagleton north of Raymond Terrace is one of two remaining outlets for this exciting discipline of motorcycle racing in the region.

As tracks have disappeared so too have clubs disappeared that the former champions raced for, and which operated many of those tracks. When the Cameron Park track hosted the 1981 title showdown it was promoted by MWM Promotions, which was a joint venture of Mayfield, Wallsend and Maitland clubs.

The 1984 championships at Barleigh Ranch were staged by the Raymond Terrace Motor Cycle Club, which at the time operated the track.

By the time Barleigh Ranch again hosted the championships in 2006 much had changed as far as the clubs were concerned.

The Raymond Terrace Club no longer existed as a separate entity by then after it along with Wallsend, Mayfield and the Newcastle Speedway Riders came together to form the Hunter Motor Cycle Club which operates to this day.

Dirt track racing is sometimes looked on a ‰Û÷sleeping giant‰Ûª as it has proved a great nursery for many of Australia‰Ûªs best motorcycle exports over the past two decades.

Names like Casey Stoner, Troy Bayliss, Chris Holder, Darcy Ward and Jack Miller ‰ÛÒ they all started in dirt track and all acknowledge the enormous benefit their careers took from their early days on the dirt tracks.

In 2016 dirt track racing is still a great spectacle for fans and when an Australian Championship is on the line fast, exciting action is guaranteed. There will be championship racing for two, three and four wheel competition. 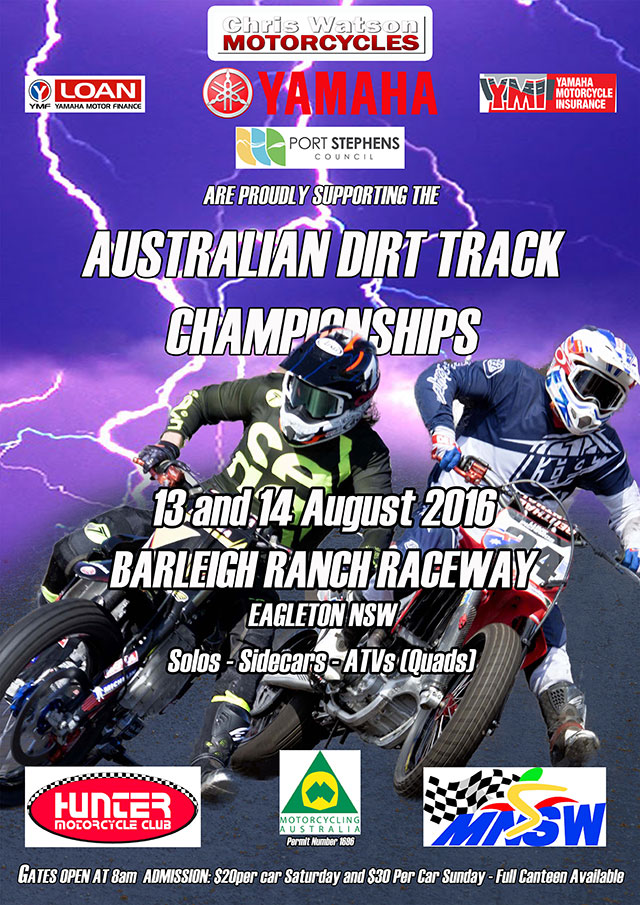