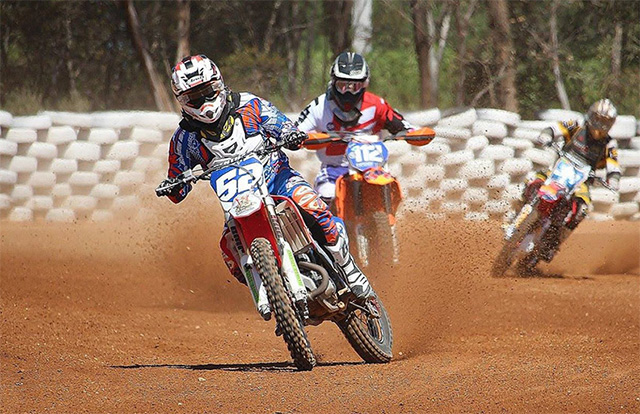 The North Western Victorian Motorcycle Club will host the 2017 Australian Senior Dirt Track Championships at Jambaroo Park in Victoria this weekend August 19- 20, ahead of what is touted to be a jam packed event that will feature a multitude of classes and talent.

Competitors will converge near Mildura, VIC from all around the country this weekend, in what will be this year's showdown of standout performances in Australian Senior Dirt Track. In one of the most sought after events on the motorcycle calendar, the Australian Senior Dirt Track Championship is a full throttle, all-encompassing event for everyone, featuring Sliders, MX, right through to Sidecar classes.

Under 19's Max Whale will be moving up to his first senior meeting on the back of encouraging recent results in the USA. Whale will have Jason Richards, Connor Ryan and Bailey Spencer providing plenty of stiff competition.

The Pro 250cc field will find it hard to get past Jarred Brook, being last year‰Ûªs champion, however Ty Lynch, Nick Waters, Max Whale will likely stick with him.

Featuring for the first time since 2004 race fans are excited for the return of the 500cc Sliders class to the Australian Senior Dirt Track Championship, which will provide wheel to wheel action when the flag drops.

2016 Australian Senior Dirt Track Sidecar Champion, David Grainger is no doubt hungry for another to make this his fourth title. However, if fellow competitor, Adam Liebke takes the flag, it will be his fifth.

The Pro and Open 450cc is any ones race with victor last year in both, Luke Richards not riding leaves it open to Marty McNamara and Jarred Brook to fight it out, but with 30 plus riders they are all in with a chance. The wild card in these race might be Damien Koppe from Townsville, who has been showing the way in many events this year.

Featuring prominently in 2017 will be the Pro Open Women class. 2016 champion, Keegan Pickering will not be competing, leaving the door wide open for a new challenger for the title. With Sally Smith taking out Australian Track Masters this year, she will be taking the fight to the others and will be the one to watch.