Australian Juniors finish the ISDE in the top ten 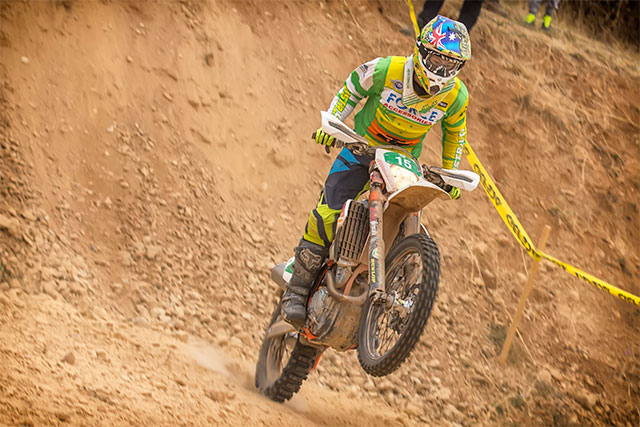 The Australian Junior Trophy Team have increased their speed to finish sixth in the 2016 International Six Days Enduro competition in Navarra, Spain after sitting ninth for majority of the week.

It was in the final Moto that Australia‰Ûªs three team riders, KTM mounted Jack Simpson and Nic Tomlinson, as well as Yamaha mounted Tom McCormack sped to stunning finishes to secure a solid team placing in this year‰Ûªs event.

KTM‰Ûªs Jack Simpson shined on the final day of battle. Using his ex-Motocross talent in the final Moto Simpson finished in 2nd position in his E1 class which boosted his outright placing to 7th for the day, and 17th in his class for the event.

Simpson, enthusiastic about the prospects of his Enduro career shared that finishing on the podium in the final Moto of the event was a big tick off his bucket list.

‰ÛÏComing in to the six day I had no expectations and I didn‰Ûªt know what I was in for. But overall it has been a really good experience of five days of Enduro racing and the final day playing to the strength of my Motocross background,‰Û