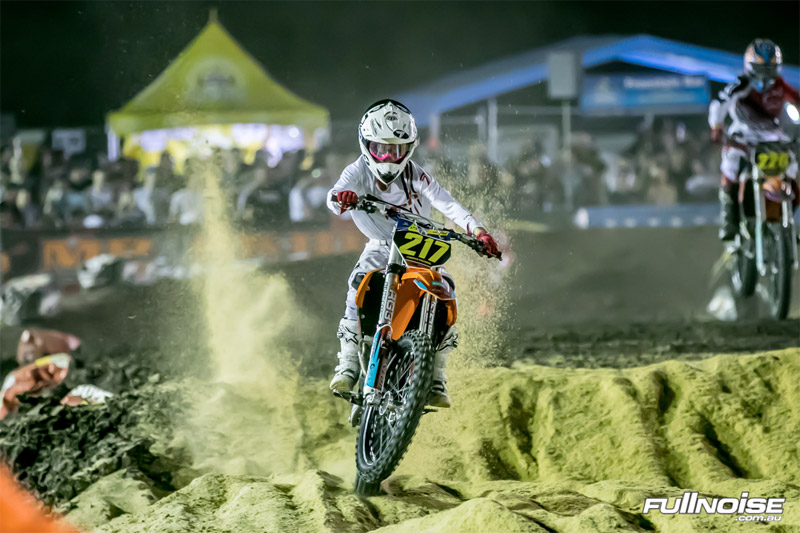 Scott Bannan, of Scott Bannan Promotions (SCB) the promoter of the opening two rounds of the 2016 Australian Supercross Championship has confirmed that both the 85cc and Junior LItes classes with both receive plenty of air time on Fox Sports this Supercross season.

After revealing earlier this week that his team had locked in television coverage via the Fox Sports channel on the Foxtel network, Bannan today confirmed that both the 85cc and Junior Lites finals will be shown as part of the two hour program that will air on delay from both the Jimboomba and Toowoomba rounds.åÊ

In addition SCB have also made it know that each round will be replayed a further three times, giving all teams, riders and their sponsors plenty of air time across the opening two rounds of the 2016 Australian Supercross Championship.

"I believe it is important that we give our upcoming supercross racers every opportunity show their talent and skill to a wide audience," Bannan told Fullnoise.com.au "While the junior classes have played their part in Supercross events in the past, they have for the most part been a support class or a side show to the main racing."

"We feel that the future talent is every bit as important as the current Pro rider and as we know without the opportunity to race Supercross in the years leading upto hitting the senior ranks they will face a big disadvantage when they step up to race the nations best riders."

"It is also very important that we give the junior riders another avenue to showcase not just themselves, but to showcase their sponsors and those who make it possible for them to make it to each and every round. We all know mum and dad foot the majority of the bill, so if having the junior riders on TV helps for them to gain a little more support to make it easier on the family, it is just another bonus." Bannan added.

More information regarding the television package for the opening round of racing is set to be released in the lead up to round one of the 2016 Australian Supercross Championship that heads to Jimboomba, Qld on Saturday the 17th of September.

Top Image: Cooper Pozniak was a standout in the junior ranks of SX this year and will carry that experience into the senior ranks in 2016