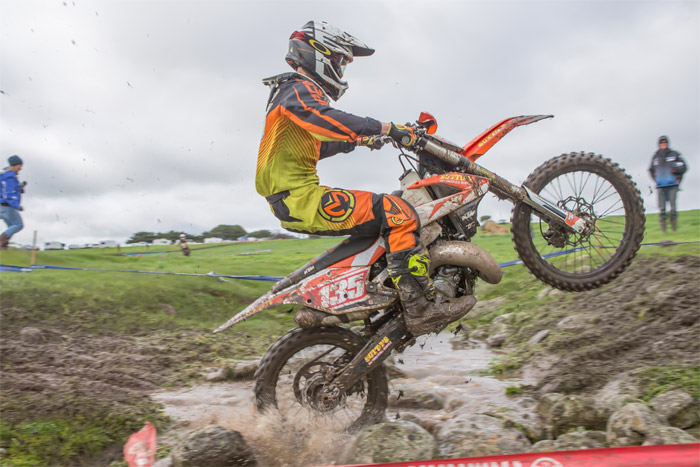 This year has been nothing short of exceptional for the Junior competitors in the 2016 Yamaha Australian Off-Road Championship, and Rounds 11 & 12 were no different as we witnessed the crowning of three new champions.

There has been hundreds of Juniors line up on the start lines this year travelling with AORC and competing in what has been some unfathomable weather conditions, but the talent and perseverance of these competitors is undeniable.

Proving just how fast an 85cc machine can go this year Ashden Gramlick has rode impeccably to clinch down on the Championship J2 title, and today that‰Ûªs exactly what the young man did with 279 points to his name.

Mathew Pye, despite a hard charging year he was unable to deter Gramlick‰Ûªs consistency however Pye finished second in the championship 58 points down. Sam Noonan who also showed great strength throughout the season finished third in the J2 class championship on 213 points.

There have been names thrown around left, right and centre in the J3 class, with a different face winning every week and it has shown in the results. This weekend was crucial for these competitors but it was Corey Hammond who got the better of the conditions and rode to steel the J3 Championship win from second placed Mitchell Brierley by only two points on 244.

Jye Bennett who was often winning the rounds unfortunately just couldn‰Ûªt put it all together this weekend against the tight and technical Penshurst terrain. Bennett finished the year off strong in third place in the championship for his class.

These up and coming riders have already shown their depth of talent to fans and spectators and this weekend they treated them once again to a great spectacle of racing. Zak Mitten finishing on the podium for both days had what it took to claim championship victory, while Will Price wrapped up the season in second.

Brother to Zak, Tom Mitten wasn‰Ûªt far behind the pair in championship point narrowly missing out on second place by five points, finishing the season on a total of 225 Championship points.

The future of our sport has shown exactly what they can do with a little terrain, a throttle and some determination wrapping up the final two rounds of the 2016 Yamaha Australian Off-Road Championship in the ideal location of Penshurst in Victoria.