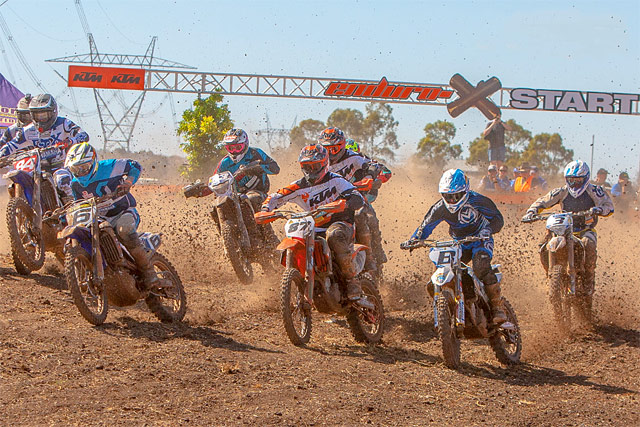 The 2015 Australian Enduro-x Nationals series has been released with new naming rights sponsor InsureMyRide heading the long list of support for this prestigious series.

First launched in 2012, the iconic event went national in 2014 and is now set to return to Brisbane, Sydney and Melbourne for 2015.

The series also features a new-look website, which will make it easier for fans to access all the latest news and information surrounding the series - head to www.enduro-x.com.au and check it out now!

Considerable changes have been made to the race format for 2015 that will enhance and highlight the nights‰Ûª racing.

All support classes, heats and qualifying will be run during the afternoon. All support class finals and all pro heat qualifying and final races will be held between 7pm and 9pm making the evening more high energy under the lights. 9pm will be explosive as the Pro Finals start.

"We have more ride time for the competitors and more of a compact format to shorten the downtime for the riders." Series organiser Dave Robbins explained. "We have also increased the time between the Pro race back-to-back from 5 minutes to 10 minutes to allow a little bit more of a breather before the next battle erupts.

Interest has been unprecedented after the 2014 series attracted USA pro rider Mike Brown to do the last 2 rounds of the series.

All of the top off-riders and factory teams have pledged their support for the series as it acts as a prelude into the Australian Off Road Championships.

‰ÛÏIt was a big decision to take the event nationally in 2014 and it was a hard road show to put three events on in quick succession." Robbins added. "The one big highlight was the Sydney event under lights, even though it rained. The whole atmosphere just erupted under the night racing and the riders, and spectators rose to the occasion.

"That gave us the lead into making all 2015 events at night, when people may have more time to come and watch the world class racing.‰Û