Australian Enduro-X Nationals Will Not Return in 2016 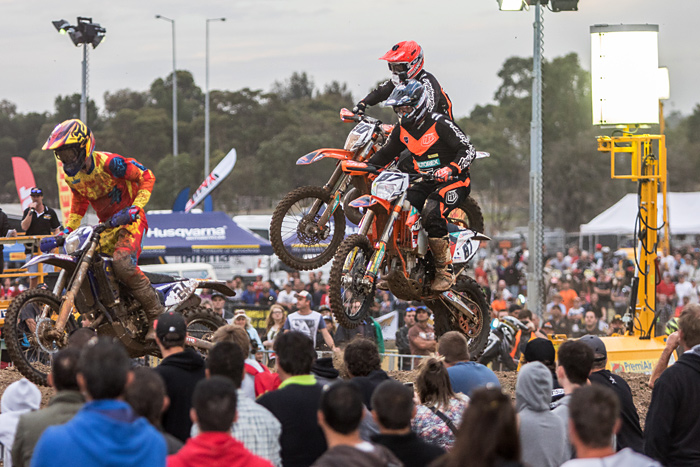 Dave and Colin Robbins the promoters of the Australian Enduro-X Nationals have confirmed that the series will not go ahead in 2016.

The series that started as a single event held at Broadmedows MX Park in 2012 quickly out grew the small complex and in 2013 moved to Calder Park in Victoria still as a single round event before expanded into both Brisbane and Sydney in 2014 to form a three round national championship.

The championship proved to be popular amongst both Australia's top enduro talent who jumped at the chance to show off their sublime skills in front of the public and also with-in the dirt bike industry with many sponsors jumping on board to support the championship.

Crowd support was strong at the home of Enduro-X at Calder park, however initial numbers in both Brisbane and Sydney were quite low and while the numbers increased in the second year of heading to Archerfield in Brisbane and the Sydney round also looked to be on the improve after moving to Sydney Dragway this year, Promoters of the series Colin and David Robbins have stated that even with the support they have received, the series was not financially sustainable going forward.

"On behalf of everyone at the Australian Enduro-x we would like to thank the riders, sponsors, motorcycle industry, event ground support staff, and the spectators for their support over our short journey." A joint statement from the Father and Son promoters read.

"We had a vision 5 years ago to bring the action to the people with the Enduro-X in city based arenas. We believe we achieved that to some extent.

"However crowd numbers and support from the general public, although supportive, was not at a level required for us to be in a viable position to continue to run the high costs associated with this series. Our costs of running the events far outweighed the return we were getting.

"We have supported the series out of our own funds with the hope that the series would grow and become self-supporting. This was not the case, and a simple business decision proved to be the final deciding factor in ceasing to plan for the events for 2016." 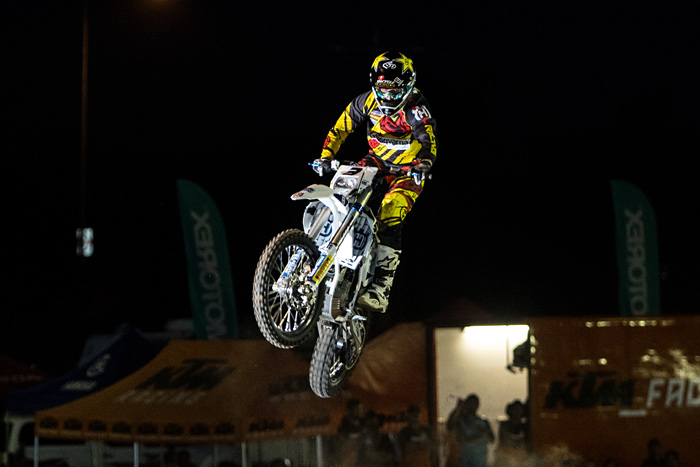 World class Enduro-X racer and former American and world motocross and supercross star Mike Brown proved to be a hit with the crowed in 2015 on his way to winning the title - Credit: Aaryn
Although the likeable and approachable promoters who have shown they can produce top level national events and attract top international stars of the likes of Mike Brown to compete in their events have decided it is not possible to continue with the Enduro-X championship, they are not about to walk away from the sport with plans already in motion for future events.

"By no means are we getting out of promoting events in the motorcycling industry," the statement continued. "We see opportunities in other areas which are rider focused and not so much reliant on spectator revenue to support an event of this level in Australia.

"We have met some terrific people along the way and valued all of your support. We look forward to continuing these great relationships in the near future," Robbins concluded.

Top Image: Calder Park in Victoria proved to be a popular venue for the Enduro-X Championship with big crowds on hand getting up close to the action.