Australia to have huge representation at 2017 VMXdN 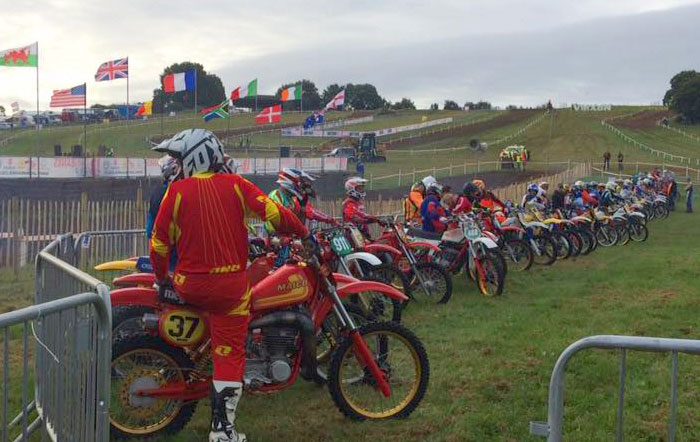 Rosco Holden of 'Holden On Tight' has reveled the Australian Veteran Motocross des Nation (VMXdN) Team of 2017, ahead of the iconic race held at the United Kingdom's Farleigh Castle Motocross Track, on September 15-17, 2017.

VMXdN is one of the largest, 'Twin Shock', 'Evo' and 'Super' class events globally, boasting well over 600 entries, with countries from all over the world represented. The unique meeting is run against the stunning backdrop of the medieval Farleigh Hungerford Castle built in 1377, near Bath in Somerset, England.

Holden attended the 2016 VMXdN as a guest of event organiser David King, marking 27 years since he last visited the Motocross MX 500cc GP (1989), assisting Rob Scott and Jeff Leisk. Upon his return to Australia, Holden set about assembling his 2017 'dream team' to embark on a trip of a lifetime.

"I am Really excited to be returning to Farleigh, but devastated to be now out of the over 50's," Geoff Ballard said, "Last time at the event, I came from an average start and won the first moto! I encountered technical difficulties in the second and third moto‰Ûªs, but I‰Ûªm looking to rectify that this time.‰Û