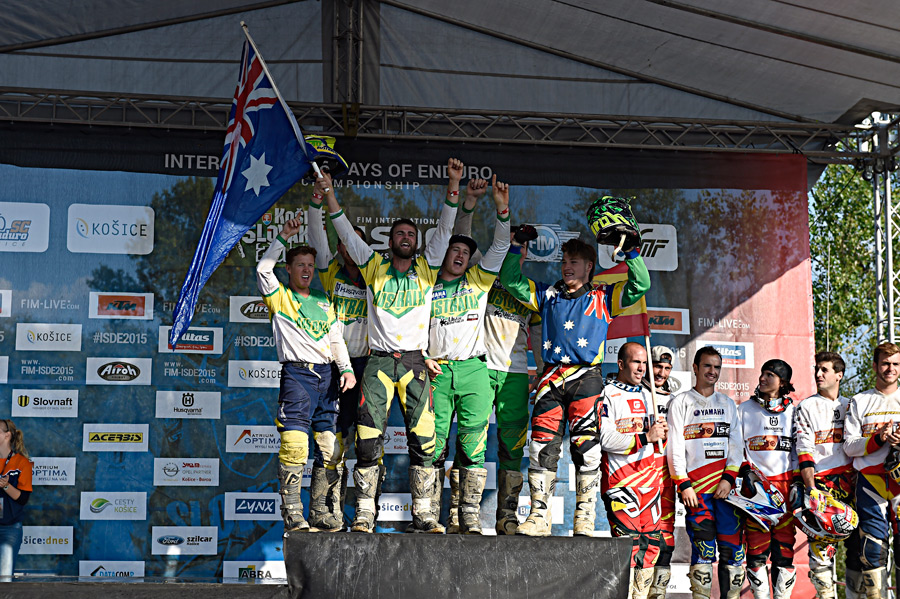 Australia have officially been crowned the 2015 ISDE Trophy team champions after the FIM rejected the appeal from the nations that had team riders disqualified after missing a check point during the event.

The announcement means Australia have officially swept all three trophy classes at the 2015 in a dominating display, with both the junior and women's teams also topping their competition.

The official statement from the FIM can be read below

"Following a hearing held at the FIM headquarters in Mies on 2 November 2015, the CDI Sole Judge appointed to hear the case, Mr Jan Stovicek (Czech Republic) took a decision on the merits. The operative part of the decision was notified to the parties earlier today. The reasoned decision will be issued shortly.

"The CDI rejected the Appeals lodged by the FÌ©dÌ©ration FranÌ¤aise de Motocyclisme (FFM), the Real FederaciÌ_n de Motociclimo (RFME) and the Auto-Cycle Union (ACU) against the decision of the International jury disqualifying eight riders who missed a Route Check. The disqualification will therefore stand.

"The amended rankings of the FIM World Trophy of the 2015 FIM International Six Days of Enduro are attached to the present document.

"In its Appeal, the FFM petitioned for a stay of execution of the Decision in application of Article 4.8 of the FIM Disciplinary and Arbitration Code, which was granted by the CDI in view of the urgent nature of the matter and the exceptional circumstances of the case. "