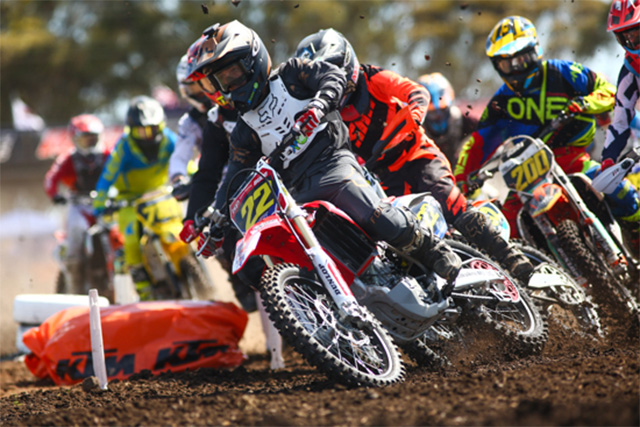 Australia has taken a convincing victory in the FIM Oceania Challenge that was hosted at the 2017 KTM Australian Junior Motocross Championship (AJMX) in Horsham, Victoria, as New South Wales successfully claimed the title in the Interstate Challenge.

The FIM Oceania Challenge saw an equal number of riders from Australia and New Zealand selected to represent their country in the appropriate classes, with the highest tally of points at the conclusion of the week being awarded the newly-introduced accolade.

Australia wrapped up the week with 540 points to its credit, defeating New Zealand‰Ûªs tally of 246 - the advantage being in the Aussies‰Ûª favour with a larger pool of riders to choose from.

In the Interstate Challenge, where a number of riders were selected in each division, it was another tight battle for the top spot as New South Wales wound up on 198 points, edging out defending champions Queensland, who closed out the week with 197 points to narrowly miss out on the number one spot.

Western Australia took a comfortable third on 171 points to round out the top three, followed by Victoria on 148, Tasmania with 145, South Australia on 128 and the Northern Territory with 30 points.