Australia counts down the hours until ISDE commences 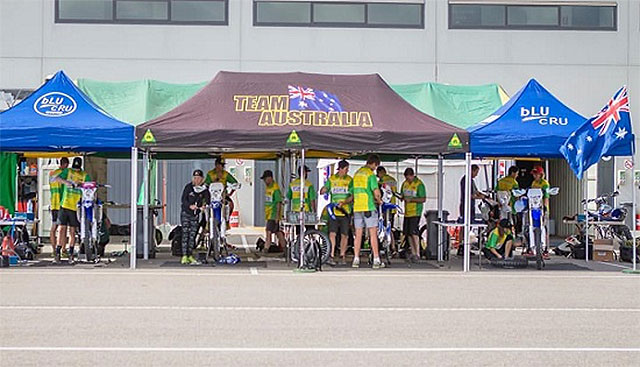 The countdown is on as Australia‰Ûªs Junior, Senior and Yamaha Blu Cru Women‰Ûªs Trophy team prepare to take to the Spanish terrain in Navarra as the International Six Days Enduro kicks off tomorrow the 11th of October.

After months of preparing and fundraising with the helping hand and support from Motorcycling Australia, our world championship winning teams have their bikes, pits and preparations in place to defend their titles.

Landing almost a week ago competitors have taken this opportunity to walk the tracks at least once to familiarise themselves with what is in store over the next six days with the gruelling challenges of speed and ability.

A veteran to the ISDE phenomena Daniel Milner who is once again representing his country in the most elite Enduro race of the year shared his thoughts on the terrain, the track and his preparations leading in to the event.

‰ÛÏWe‰Ûªve done a walking test on all the tracks now and some even twice, so we‰Ûªre definitely seeing what this year‰Ûªs all about now,‰Û