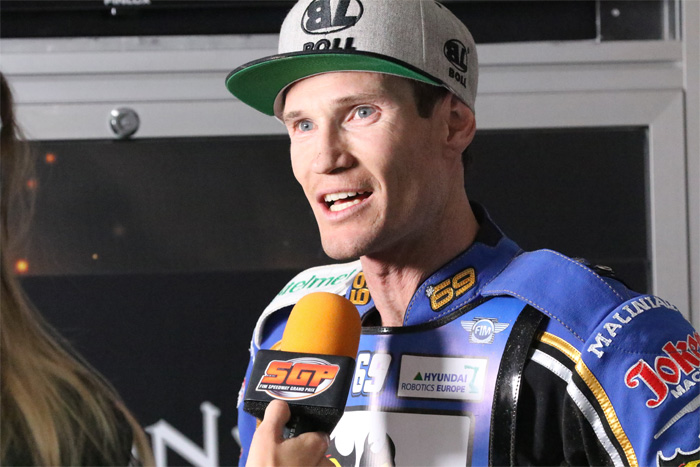 The Championship battle will culminate in Australia, with Doyle up against Poland's Patryk Dudek for the SGP Championship Crown.

As it stands, just 14 points separate championship leader Doyle and his rival Dukek heading into the final round. Doyle caught up with Motorcyling Australia to discuss everything Speedway GP.

"The foot is still broken and it's been a tough few months with that injury following me around." Doyle explained. "One of the little bones is still shattered because it hasn't quit knitted back together properly. After Melbourne, we will fly back to England where my foot mechanic (surgeon) will have another crack at it for another six weeks in a cast." Doyle joked.

"This surgeon is the one who puts all the metal in and gets me right again, so that I had the opportunity to ride in Horsen. Of course, racers often have their favourite surgeons dotted all over the world.

"This weekend at Etihad Stadium will be amazing for Australian sport, as an unprecedented five Aussies will be competing in the final round of the 2017 Speedway Grand Prix. There are a few riders that have pulled out due to injuries, and it will be a great opportunity for Sam Masters, Justin Sedgmen, Chris Holder and Davey Watt to come in to bat and ride in front of their home crowd. I had that opportunity back in 2015, and it was an awesome experience! 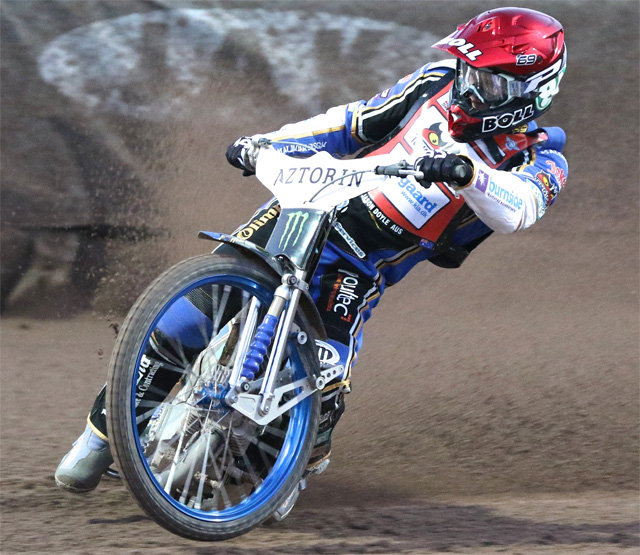 ‰ÛÏThe atmosphere is electric at Grand Prix events, there are thousands and thousands of people cheering on their countrymen. We (Australian riders) don't usually get that kind of reception overseas in places like Poland, Sweden, Czech Republic or even England where 95 percent of the 20,000 plus crowd are cheering on their home riders. However, here in Australia, it is magnified by a thousand percent, because the crowd will be getting behind all the Aussie guys. It's finally going to be our chance to have that extra push by the crowd, so it will be going off down in Melbourne this Saturday night!

"On points, its only Dudek that can catch me. Tai Woofinden (third in standings) is too far behind for the lead to chase at the moment. I am guaranteed second in the world which is a nice feeling coming back from massive injury last year to be in the top two. We have to go into Melbourne with the same outlook as we have had for the past 11 Grand Prix's and that is to win.

"We can't go there thinking that we have won the World title, we need to score as many points as possible. If I score eight points, Dudek cannot catch me in any way, so the goal is to score plus eight points. We know it‰Ûªs going to be tough but we are just going to go in there and do the best we can like we have been all year and not give an inch. Anything is possible in Speedway!

"The first few years overseas is tough racing, I've been over in England trying to win as much as possible for the past five years and life has changed quite a lot. I have married an English girl and we have a house together and we are settled there. So England and riding in Europe is life now and at the moment its actually hard to imagine living back over in Australia.

"It can be quite difficult and there is quite a lot of pressure leading into the Australian Grand Prix from the local fans because it's been 12 months since they have seen us and nearly a year since the Aussie titles so everyone wants a piece of you, when you have to focus and concentrate on the job at hand. It's going to be a great night but I will be laying very low until that time." Doyle concluded.

Stay up to date with all the happenings of everything Speedway by visiting the Speedway Website or by following the Australian Speedway Championships Facebook page.