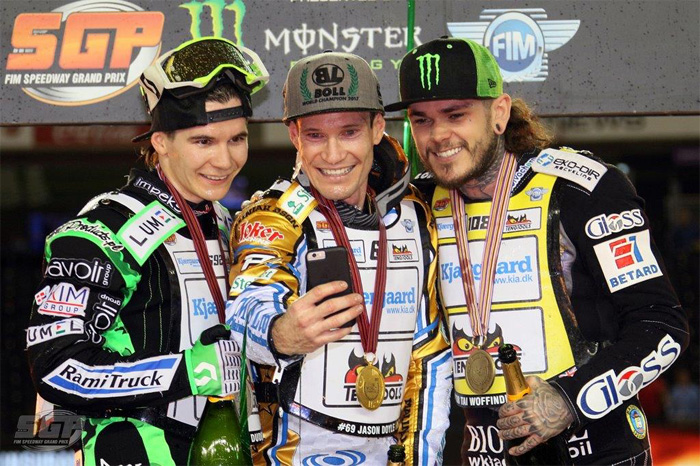 The Newcastle-born racer became Australia‰Ûªs sixth speedway world champion and the first to be crowned Down Under as he stormed to an unforgettable victory in the QBE Insurance Australian SGP ahead of Tai Woffinden, Bartosz Zmarzlik and Patryk Dudek.

It was a dream night for the 32-year-old, who has defied the pain of the right foot he shattered in Torun four months ago to take his place in history, with series runner-up Dudek and bronze medallist Woffinden joining him on the World Championship rostrum.

Doyle‰Ûªs determination is the stuff of legend and nothing inspires him more than being underestimated.

As he emerged through the ranks, many in Aussie speedway were tipping 2012 world champion Chris Holder and Darcy Ward for big things. But he admits there was no way he was going to allow the Turbo Twins to hog the limelight after producing one of the greatest nights in Australian speedway history.

‰ÛÏThere was one big moment in my career when I sat on a speedboat in Mildura. Rickardsson and Adams were talking about Darcy and Chris and how they were going to be the next best thing." Doyle said. ‰ÛÏI thought ‰Û÷hang on, I want to be part of this.‰Ûª I want to work hard and be in the same category as them.

‰ÛÏSo from then on, I worked very hard and did it all behind the scenes. I tried to get to where we are now and not many people thought it was possible for me to win a world title.

‰ÛÏThe last couple of years has been very hard with injuries, but it was all worth it tonight. I knew what I needed to do. I needed to train hard and do the right things. It all worked out in the end.‰Û