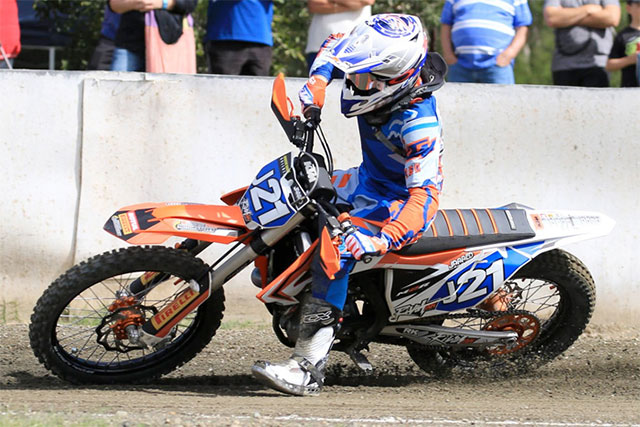 Competing at the 2016 Suzuki AMA Dirt Track Grand Championship, Jarred raced against the best of the best for the AMA Dirt Track Horizon Award which recognises the rider best prepared for the professional ranks based on performances at the 1 - 6 July event held in Du Quoin, Illinois.

In his first trip to compete overseas, 18-year-old Jarred said he never expected to win a championship let alone the Horizon Award.

‰ÛÏIt was my first time competing internationally and all I was hoping was to make the main events at the AMA Dirt Track Grand Championships and learn what I could,‰Û