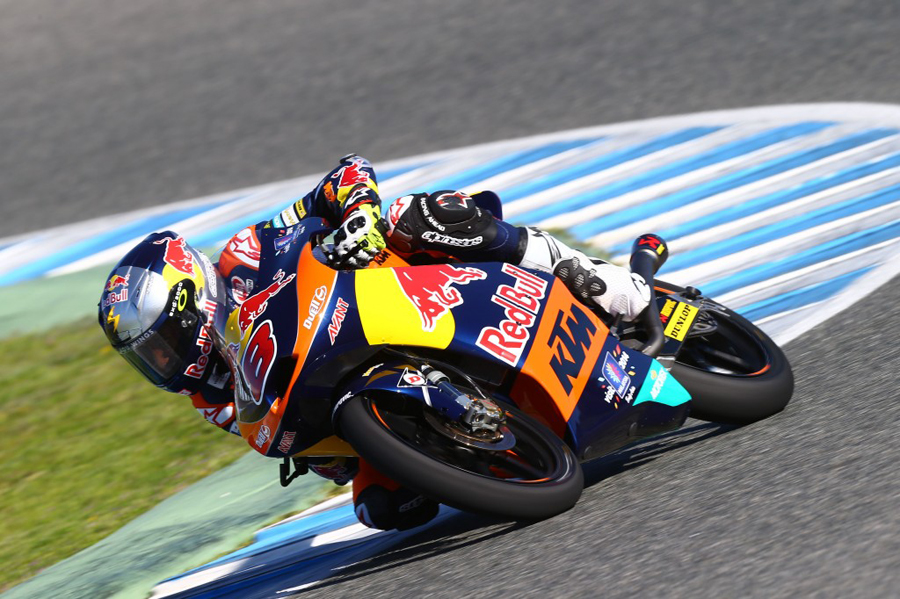 With less than a fortnight to the opening Moto3 GP in Qatar, it was a good week of tests for the Red Bull KTM Ajo Factory Team with newcomer Jack Miller of Australia topping the combined time sheets after nine sessions on the Jerez circuit in Spain.

Riding the KTM RC250GP bike, the Australian clocked 1:46.259 in the third session on Wednesday, Day Two of the three-day tests posting a time one tenth of a second faster than the second fastest time set by Honda's Alex Marquez.

Millers Rookie teammate Karel Hanika was also in good form, finishing third overall in a highly competitive field with the fastest 18 riders were all within a second of the winning time, an indication that the 2014 season will be highly contested and very close.

Hanika of the Czech Republic won his place in the team after winning the 2013 Red Bull MotoGP Rookies Cup, the competition that grooms young riders for a potential career in MotoGP.

Red Bull KTM team boss Aki Ajo said it had been a very busy but good test period and while there were some problems with the wind on Day One, the weather had also generally cooperated.

‰ÛÏWhat is most important is that we feel we have made a big step with the development of the bike,‰Û